The first question is whether this will be the last Electric Zoo Festival, at least in New York. The second question is what this means for a larger, exploding EDM genre. 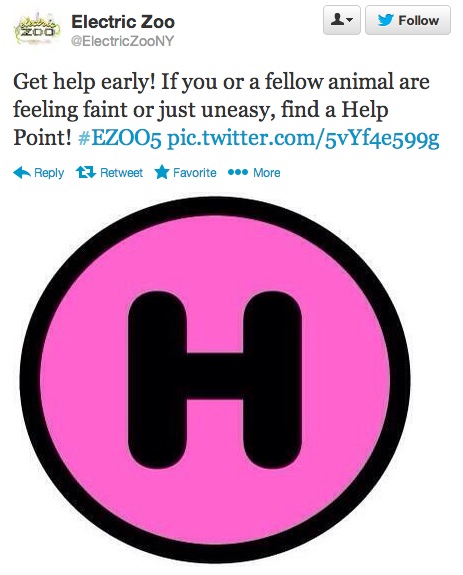 According to details now emerging, Electric Zoo Festival organizers now have a rape on their hands.  Even worse, it appears to have involved an underage attendee: according to details from non-profit NYC Park Advocates, Inc., a 16-year-old female was sexually assaulted and left under a van in the Zoo parking lot.

The victim was later taken to a hospital, where sexual assault was determined.  “The teenager woke up on Friday under a van in a parking lot with her pants undone and bruises and scratches on her legs, according to several city sources,” Geoffrey Park of non-profit blog A Walk In the Park relayed.

The news follows a pair of deaths at the festival, both blamed on ecstacy (or MDMA, or ‘Molly’) overdoses.  That forced the cancellation of the final day, though not before officials made 31 arrests.