There now seem to be two groups left holding Live Nation stock: employees who can’t cash out, and suckers. 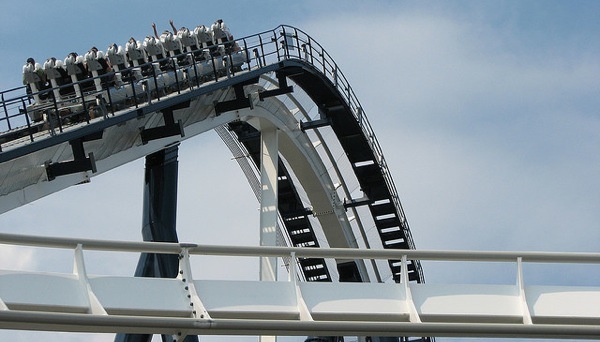 CEO Michael Rapino offered the first confidence-killer by dumping 40 percent of his own shares, for a near-$12 million payout.  Others, including Board members and even the CFO, followed with sell-offs of their own.

These guys know something the rest of us don’t.  And now, there’s another group going cold: hedge funds.  According to a recent report from hedge-tracking insider Arnold Frias of Insider Monkey, Live Nation is getting dropped by a number of high-profile, top-tier funds.

“As Live Nation Entertainment, Inc. (NYSE:LYV) has witnessed a fall in interest from the entirety of the hedge funds we track, it’s safe to say that there lies a certain ‘tier’ of hedges that elected to cut their full holdings last quarter,” the report states.

That includes some very big, well-capitalized names.  “Intriguingly, Chase Coleman and Feroz Dewan’s Tiger Global Management LLC dropped the largest position of the ‘upper crust’ of funds we monitor, valued at close to $30.9 million in stock, and Larry Foley and Paul Farrell of Bronson Point Partners was right behind this move, as the fund sold off about $17.6 million worth.”

Those are the some serious sellouts, but even worse, Frias found very few buying in.  “Over the last six-month time frame, Live Nation Entertainment, Inc. (NYSE:LYV) has experienced zero unique insiders purchasing, and zero insider sales,” the assessment continued.

Meanwhile, Live Nation’s stock has yet to recover after the very serious blow dealt by Rapino himsef.  Then again, this is a classic chicken-or-egg: Rapino is arguably the most knowledgeable on where this stock is going.  And if Rapino thought the stock was going up, he wouldn’t have sold out.