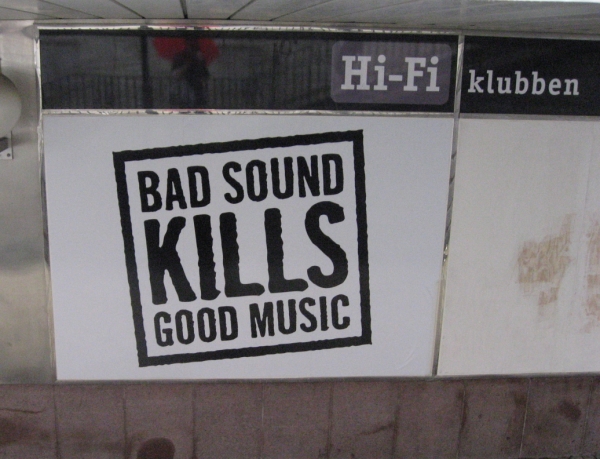 If you went to a concert that was ruined by terrible sound quality, what would you do about it?  In Stockholm, a group of angry fans set up a Facebook group to protest the atrocity.  Which means, this was probably one really crappy-sounding concert.

Sweden’s The Local reports that this past summer, a crowd of 50,000 went to see Iron Maiden in Stockholm, a show set up by Live Nation. The sound quality was apparently so awful that fans said: “I felt I had been duped out of all my money” and “I would rather have… watched the concert on television”.

Here’s where expensive tickets can bite you in the *ss.  At a $10 show, watery beer and bad sound are just part of the fun.  At a $50, $75, or $100+ show, riots ensue: after setting up the angry Facebook group, the disgruntled concertgoers filed a claim with the National Board of Consumer Disputes.  Against that level of pressure, Live Nation subsequently looked into the matter, but ultimately decided that “sound experience is subjective“.

The concert giant also decided not to issue refunds to unhappy customers, as there were undoubtedly those who were not complaining and enjoyed the performance (or something like that).

The National Board for Consumer Disputes continues to investigate the issue.