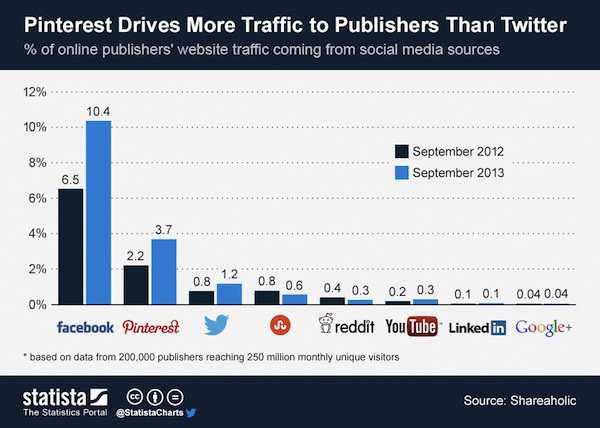 Well, Statista used stats from Shareaholic, a sharing and content discovery tool used by 200,000 publishers. In contrast, AddThis is used by 14 million domains including MSNBC, PBS, and Nintendo.  AddThis claims to be the “largest sharing and social data platform”.