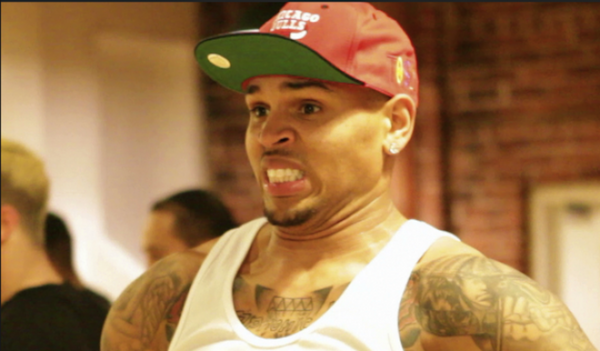 Chris Brown was arrested for yet another fight.

The latest incident occurred early Monday this morning in Washington DC.  A man allegedly wormed his way into a photo Chris Brown was taking with female fans, that start of the meltdown.  The New York Daily News says a witness saw Brown “go nuts” and attack the man with one of his bodyguards; the victim claims Brown yelled “I’m not into this gay shit, I’m into boxing” before punching him in the face.

The victim’s nose was broken and Brown and the bodyguard were arrested.  They are being held on felony assault charges.

Chris Brown is currently on probation for beating Rihanna, and he was supposed to have a hearing on November 20th. In the past year, Brown and his entourage have been in fights with the entourages of both Drake and Frank Ocean.

Unfortunately, this is all likely to help Brown’s career. His last album, F.A.M.E., debuted at #1 on the Billboard charts in 2011.  His new album, X, is scheduled for a December release date.