UK-based electro-rock artist Whitey, aka NJ White, has had his music on shows ranging from CSI, The Sopranos, Entourage and Breaking Bad.  Here, he explains to a TV producer why he insists on being paid for all of those arrangements. 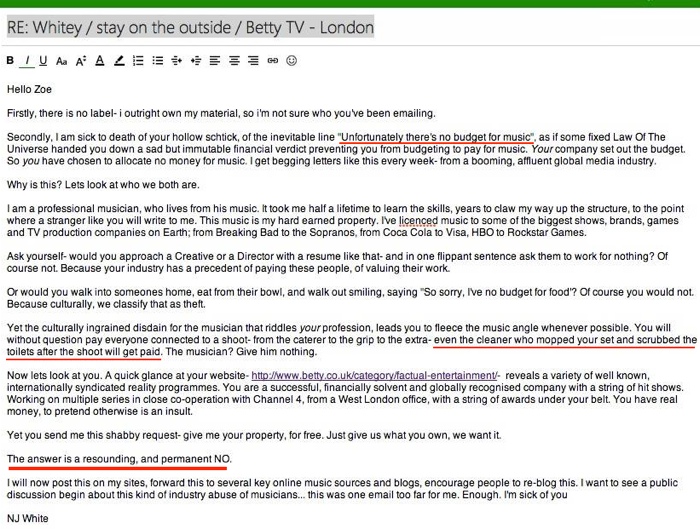