Beck on Spotify: “The Model Doesn’t Work. And the Quality Sucks.” 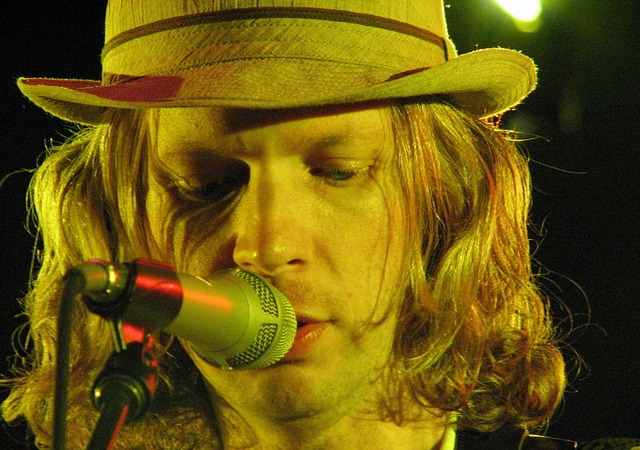 So, at what point does Spotify have a serious artist problem?  The latest sharp criticisms are coming from Beck, who regards Spotify as an unavoidable evil, but one that simply can’t support his music (either financially, or with the proper fidelity).   Here’s what he recently told Pàgina/12 on the matter, an Argentinian publication (Beck is touring South America; the interview is published in Spanish).

Pàgina/12: Thom Yorke of Radiohead has strongly spoken out against Spotify and streaming in general, not just for the sound quality, but because they pay almost nothing to the musicians. What do you think?

Beck: Streaming is inevitable, it’s something that is coming, like it or not.  But I question how I can hang on or stay afloat with this model, because what Spotify pays me isn’t enough for me to pay the musicians I work with, or the people producing or mastering my music.  The model doesn’t work, so we have to come up with ways in which people can help us to make music for free, or at least for much less.  But the current way isn’t working, something’s gotta give.

If I tried to make my albums with that Spotify pays me, I wouldn’t make them.  I couldn’t hire other musicians or someone to master it; I’d have to do everything myself.

That’s something a lot of people are doing, and that’s fine, but that’s a different kind of music entirely.

[Later, in a discussion about sound quality…]

But I think the saddest thing about streaming is, as you said, the issue of sound quality.

Hopefully, we will find the way to change that.

Pagina/12: And the vinyl comeback is only being enjoyed by a few…

Beck: Sure, it’s inconvenient, but it is a beautiful object and I think it will outlast the CD.  But there are many opportunities to improve digital fidelity and I know that Neil Young is working on a system to accomplish that.  Eventually it will happen and people will fall in love with the music.

Pagina/12: Do you feel like you’re part of, or included in, the music industry?

Beck: I don’t know if I’ve ever felt comfortable with the industry, I feel comfortable making music, playing. I think most musicians feel alienated from the business side of music. If all the musicians left their creative sides to create a ‘business of music,’ it would be totally different that what it is now.  We’re in a business created specifically for business people and marketing.  And that’s how the world works, because music is like any other product they have to sell: they need to think about how to deliver it to people.

But if left to musicians, it would be something completely different, I’m sure.