If artists make more than three times the percentage from concerts as they do from recordings, does it matter if people are stealing their recordings?  Or, is that just a label problem? 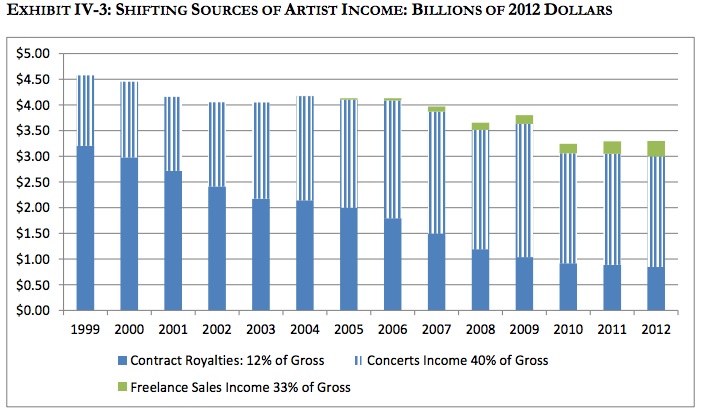 So, how do artists make money? The latest breakdown comes from the Consumer Federation of America, which just released an exhaustive report that deeply questions the entire premise behind anti-piracy campaigns, legislation, and litigation (more on that ahead).  And part of that doubt is whether any of this anti-piracy stuff is actually about artist welfare.

“If the demand for, say, live performances is enhanced by the ‘popularity’ of the artists generated from the number of distributed recordings (legal and illegal copies combined), then we obtain the conditions under which publishers of recorded media may  lose for piracy, whereas artists may gain from piracy.”