Beastie Boys to GoldieBlox: Thanks for Stealing Our Song AND Suing Us Afterwards! 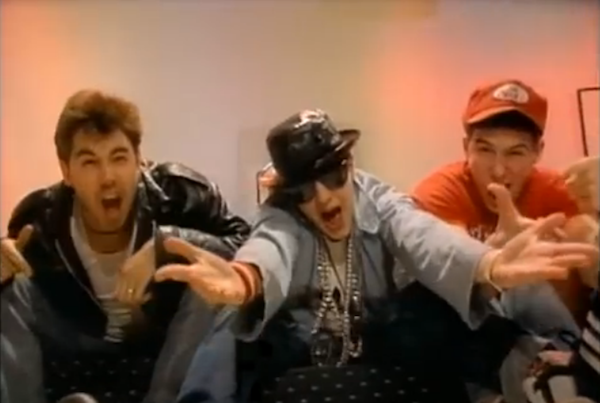 Mike D and Ad-Rock of the Beastie Boys have responded to toy start-up GoldieBlox. The company parodied the song “Girls” in a recent viral advertisement featuring three girls and their Rube Goldberg machine. GoldieBlox filed a lawsuit against the Beastie Boys, who consider the parody to be copyright infringement.

“Like many of the millions of people who have seen your toy commercial “GoldieBlox, Rube Goldberg & the Beastie Boys,” we were very impressed by the creativity and the message behind your ad.
We strongly support empowering young girls, breaking down gender stereotypes and igniting a passion for technology and engineering.”

Keep in mind that Ad-Rock is married to Riot Grrrl pioneer Kathleen Hanna.

“As creative as it is, make no mistake, your video is an advertisement that is designed to sell a product, and long ago, we made a conscious decision not to permit our music and/or name to be used in product ads. When we tried to simply ask how and why our song “Girls” had been used in your ad without our permission, YOU sued US.”

Watch the video in question below: