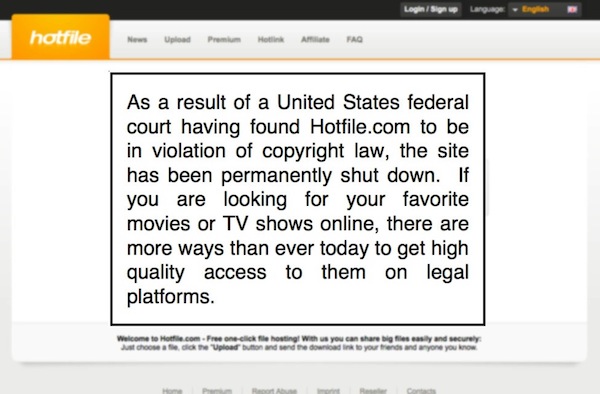 The MPAA first filed a lawsuit against Hotfile in 2011. Prior to this, Hotfile had received 10 million DMCA takedown notices. The case has finally been settled…

Hotfile has been shut down and must pay $80 million in damages to movie studios.

To stay online, Hotfile would have had to add “digital fingerprinting” technology that could detect copyrighted movies. This implies that file-hosting sites must be backed by tons of money to avoid being shut down by major recording companies.

Ironically, the presiding adjudicator in this case (the US Government) was recently caught pirating $224 million worth of software.