Israel Wants to Legalize All Downloading and Torrenting… 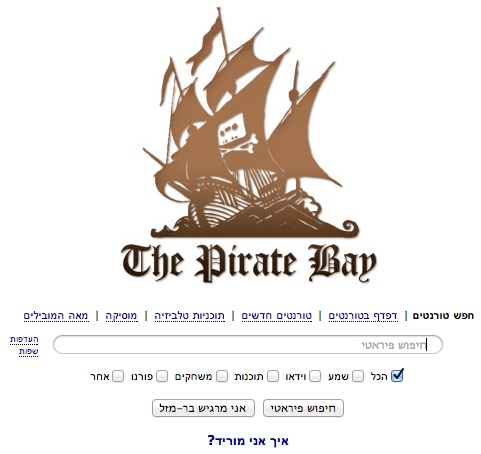 So is this the solution?  Just legalize it?

Yes, according to a contingent of  Israeli legislators who feel that consumers are the wrong target.  Instead, a newly-introduced bill would chase mass-uploaders, while allowing consumers take whatever music, movies, games, ebooks, or pornography they please.  In return, a broader tax would help to compensate content creators and media companies.  “The balance of this law is that it would add a tax to manufacturers and importers of equipment used for making copies of disks,” the Jewish Press recently reported.

“Money from this new ‘tax’ would go into a fund that would pay out to musicians and producers.”

Anything would basically be fair game under the proposed bill, including torrenting music discographies, ripping CDs, and swapping hard drives.  MK Meir Shitreet (MK = Member of Knesset in Israeli legislature) introduced the bill, according to Jerusalem-based paper Maariv.  Other MKs are supporting the initiative, and the Jerusalem Press pointed to coordinated involvement with Israeli music rights organization AKUM.

The legislation would also attempt to address the seemingly unenforceable issue of unauthorized sharing and consumption.  Other countries have moved a very similar direction, most notably the Netherlands.

Written while listening to Poliça.