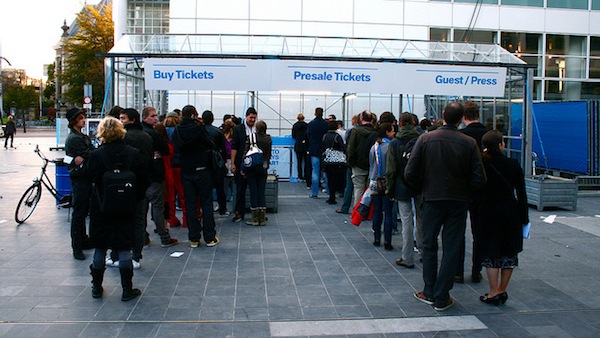 SFX has entered the ticketing market by purchasing 75 percent of Paylogic for $16.2 million.

Paylogic is one of the largest ticketing companies in the Netherlands. They have sold over 20 million tickets, mainly for European music events such as Tomorrowland and Mysteryland. They recently expanded to the U.S. and handled ticketing for 120,000 TomorrowWorld attendees in Georgia. The company has also handled ticketing in Latin America, Asia, and Africa.

SFX could have its eye set on competing with ticketing giants. Chairman and CEO Robert Sillerman told Billboard their “principle interest was in acquiring a company that could absolutely handle massive surges“. Paylogic won’t automatically handle all of SFX’s ticketing, but Sillerman said:

“It seems logical, then, that over time Paylogic will be our principle, if not exclusive, ticketing solution”.

SFX recently released their first earnings reports. They had a net loss of $28.6 million and $48.7 million in revenue.