Why Thom Yorke and Digital Music News Are Completely Wrong 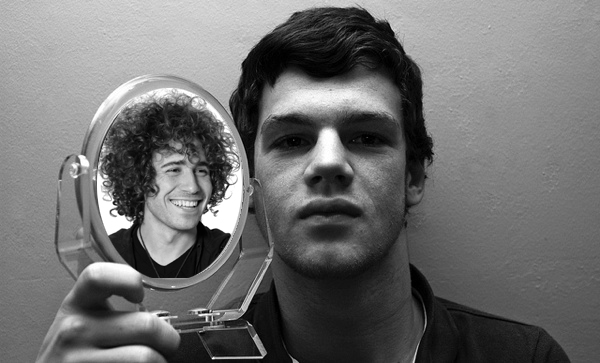 When Paul asked me to join the Digital Music News team and write a few articles a week, I told him that I’d love to under one condition: I’m not going to censor my opinion – even if it’s completely opposite of his. Paul loved it and said “bring it on” – or something like that.

His 13 Most Insidious, Pervasive Lies of the Modern Music Industry post has gone totally viral. Even Thom Yorke tweeted it saying “nothing else to add to this. except a big smile.”

I have to address this as I’m a working, DIY (never on a label) musician who has played over 550 shows around the world, opened for superstar artists, have had songs featured on multiple TV shows and have supported myself on my music for 5+ years. I will now debunk 6 of the “lies” that need debunking. Sorry Paul.

“If artists just give away their music for free, and let it be social and free-flowing, they’ll make it up on the road.”

The Truth: That ain’t a lie. The reason I (and many others) can succeed with our music is because of the road. Not digital downloads. A very successful rock band I helped get off the ground in Minneapolis actually did give away their music for “pay what you want” (inspired by Radiohead’s In Rainbows release – go figure!) for years and their crowds grew exponentially.  Now they sell out venues all over the country. Derek Sivers also encourages this ‘pay what you want’ philosophy. I make the majority of my musical income on the road as well. As do many others. Digital downloads are pittance compared to the money we make in merch and show income.

“Internet-powered disintermediation will create a burgeoning ‘middle class’ of artists.  Not the limousine, Bono-style outrageous superstars, but good musicians that can support families and pay their bills.”

The Truth: I’m part of that middle class. As are many of my musician friends. Through, ahem, touring, TV placements, sponsorships, session work, co-writing royalties, scoring, music lessons, and freelance gigging, there is a group of musicians (who you’ve never heard of – myself included) figuring out how to make a living (and support families) with music. It ain’t easy, but it can be done if you have the drive and work ethic. Don’t believe me? Let me know in the comments and I’ll do a sampling of these middle class musicians and interview them for a piece here later.

“Streaming on Spotify will make artists money, if they just wait long enough.”

The Truth: I make money on Spotify. Not enough to pay rent, but it’s something, and the more people that sign up for Spotify the more money us indie musicians will make. Spotify released its Spotify Artists breakdown to be more transparent. Props to them! Finally! Yeah, it took too long and it was super shitty how opaque they were, but it’s out now. So stop bitching. And now they are integrating merch and tour dates. Spotify IS your friend. Use it to allow potential fans to stream your album before deciding if they want to come to your show. At the show, sell them a T-shirt. Get them to back your Kickstarter. Don’t put up a pay wall for people to just LISTEN to your music. Backwards thinking.

Which brings me to…

“Not only is the money in touring, but artists will make a killing off of merch table sales and t-shirts.”

The Truth: As I stated in Double Your Income. No Really, you actually can double your show income with merch. And more importantly, T-shirts. This is how I survive on the road. You need merch items that are more expensive. Like Ts. I price mine at $20. I actually played a show to 7 people once where everyone had such a great time that they each bought something averaging $15 (some bought my T-shirt/CD combo for $25). That’s over $100 in merch – good for any show.

“Lie” #5: Kickstarter can and will build careers

“Superfans will come out in droves to support their favorite artist projects, and power their awesome careers.”

The Truth: I raised $13,544 on Kickstarter. Sure it’s not a million, but I was able to make my record with it. Moving on.

“Access will trump everything, and lead to a better, richer music industry for everyone.”

The Truth: It is! What Paul and everyone who agrees with him (including Thom Yorke – god my 19 year old self is kicking me in the nuts right now) don’t understand is that to be a successful musician in this day in age you have to look at multiple revenue sources for your music. It’s not just about music sales! If I gauged my music career on how many iTunes downloads and CDs I sold I would be considered a failure (I’ve sold over 10,000 downloads and over 8,000 CDs by the way). That’s not sustainable. But because I was smart about my merch and touring, open to outside opportunities like freelance gigging and show booking (which lead to me play the World’s Largest Music Festival) and spent years building relationships with music supervisors to get my songs placed on multiple TV shows, I have been able to survive as a middle class musician.

There’s no stopping the future. Those who bitch about it will get left behind. Those who embrace it and use the innovation to our advantage will be able to make a living with music.

“I love Thom Yorke, but when I heard him complaining about Spotify, I’m like, “You’re just like an old guy yelling at fast trains.”
– Moby