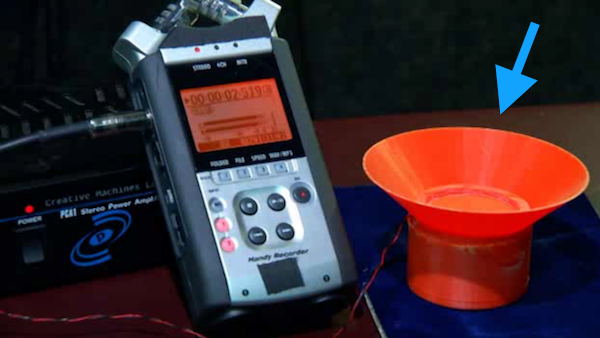 Every part of the device was created with the printers, including the plastic, the conductive coil, and a magnet.

“Many people wonder whether 3D printing has reached its peak, whether this is a hype cycle that’s now at its maximum. But really, I think we’ve only seen the tip of the iceberg with this technology.”

Lipson and team is also working on ways to 3D-print integrated systems, instead of  separate “passive parts” that must be pieced together. The tricky part is figuring out how print various non-compatible materials on the same printer.  Lipson thinks that in the near future they will be able to figure this out, and change the way consumer electronics are created.