When Promoting Your Show Don’t Forget About Humans 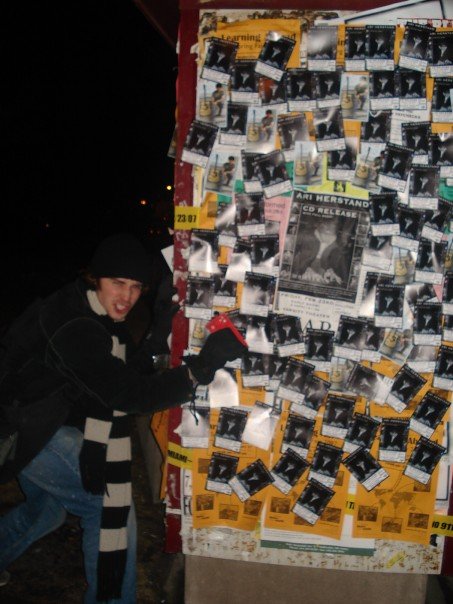 Most bands direct 100% of their promo efforts online. They don’t understand why 228 people Joined their show’s Facebook Event but only 17 actually showed up. Well, for one, Facebook has gotten so overwhelming and people have nearly reached their tipping point of friend saturation. Even if they join your Facebook Event, it’s so far down on their priority list that just the event isn’t going to get them out to the show.

They need a few more nudges. If they can get those nudges from their existence in the physical world, in their daily lives, they will much more likely come out to the show. Don’t forget that we humans exist off the internet (occasionally) too! Just step outside, pocket that phone and take a look at all the pedestrians ogling the trees!

The way I got 250 people to my debut CD release show was by exhausting every non-digital promotional outlet FIRST. Because most bands in your scene aren’t doing this, you will stand out!

Building a performing music career in this day and age is (unfortunately) much more than just about how great your music is. If you want to get noticed by anyone you have to make sure people come to your shows. And to get people to come to your shows there are many more ways to get them there than just a Facebook invite.

Posters
The physical kind. Put them on display boards, in coffee shop windows, light polls, back car windows, and anywhere else that you can get them up. Why do you think physical billboards still exist in the era of social media? Because they are effective! The more times people walk by and see the poster, the more times they will be reminded of your show. If you’re just starting off, round up some friends, buy them pizza and beer and hit the town with staple guns and tape. If you have a good fan base, for every show in every city, get a street team to get the posters up in exchange for free tickets. 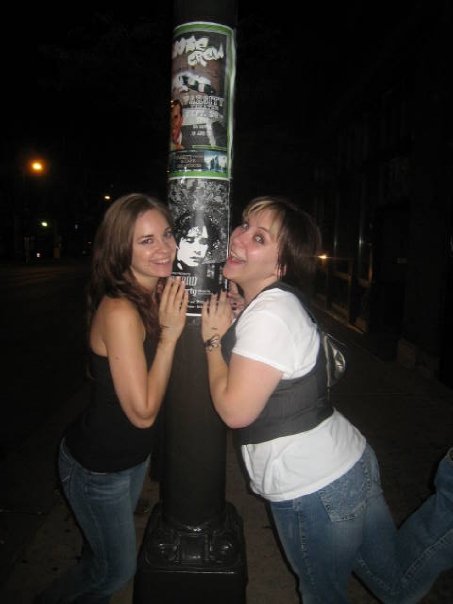 Have them take photos of their escapades and post them on your Facebook Page – you’ll build quite the buzz leading up to the show.

Flyers
For every big show, print out hundreds (or thousands) of professional looking flyers (this can be done super cheaply online at nextdayflyers.com). Hand them out to everyone you meet and have an interaction with. Don’t just stand on a corner and pass them out arbitrarily (like strip club promoters). Those will get thrown away. But if you meet someone at a show, in a bar, in class, at work, your server at the restaurant (after you leave a big tip), hand them a flyer and invite them to the show.

Having nice looking flyers and posters (with the same image being reinforced) legitimizes the show more than just your Facebook Event.

Promo CDs/Flashdrives
Even though the new MacBook Pros don’t come with disc drives (whhaaaaa?!), people still know how to play CDs and handle them more valuably than just a paper/cardstock flyer. There was an incredibly successful band in the Midwest (around the time I started my career) that arrived in town a couple days early in every city and passed out about 1,000 demo CDs (that they burned themselves and put labels on) with their best two songs attached to a flyer for the show. At the end of two years they were selling out the 1,200 person theater in their hometown and pulling 200-300 in nearly every other city they played. I think they told me that they had given out over 40,000 demos over the course of about 3 years.

Staple the promo CD (or flash drive) to the flyer and pass them out after big shows in your town leading up to your show (of bands similar in genre to you). Again, why do the biggest promoters in your town do this as you’re leaving the show? Because it’s effective.

Figure out if it’s more cost effective to give out flash drives or CDs and go that route. Flash drives with mp3s can be played in the newer cars so they can listen to it on the way home.

Bar Talk
Whenever I have a big show coming up I make sure to go out much more leading up to the show. Invariably I will talk to many people and after I get their story, they’ll ask me mine (or if we know each other they’ll ask me when my next show is) and I’ll whip out a flyer and talk up my next show because it’s a big event. Having a personal, one on one physical experience with someone is 100 times more influential than a Facebook invite or a tweet.

No social network or YouTube video can change the electrifying energy of a physical experience.

People will not come out to your show based on getting 1 Facebook invite or seeing 1 poster 1 time or getting 1 flyer or 1 promo CD or being told about your show once from meeting you at a bar. BUT if they see your poster every morning while getting their morning coffee, get handed your flyer/CD after the Kings of Leon concert, meet you at another local band’s concert (and get handed the same flyer) and then get a Facebook invite, they will definitely at least listen to your music and then most likely come out to the show.

Show promo ain’t easy, but if you’re serious enough about your music career you’ll do what it takes to get it off the ground.