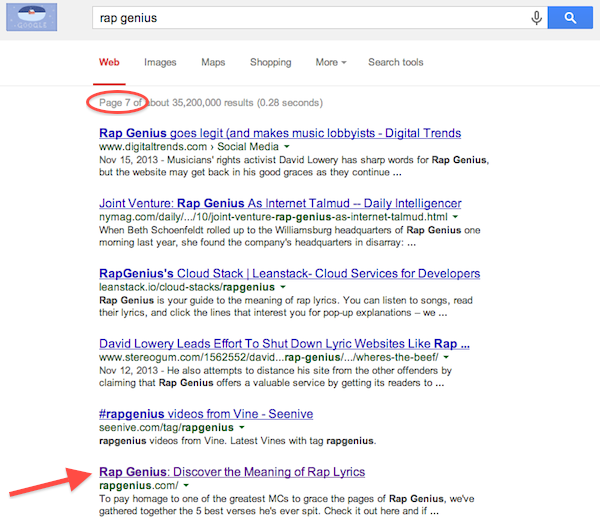 Rap Genius recently put out fires after being named the “most blatantly illegal” lyrics site. Now they have pissed off an even bigger fish, Google.

“…Here’s how it works: if you have a dope post that you would like us to tweet out – get you MASSIVE traffic – then put this html (below) at the bottom of the post and send me the URL along with the EXACT text you want tweeted…”

Moghadam wanted bloggers to include links to Rap Genius listings for the new Justin Bieber album. In exchange he would tweet a link to the post. So, not only would these backlinks end up on various blogs… These posts would gain “MASSIVE traffic” from Twitter, further tricking Google into thinking the Bieber listings were more popular than they actually were.

A Google engineer saw Marbach’s post and said “We’re investigating this now“. After this Rap Genius’ site disappeared from the front of Google Search results. 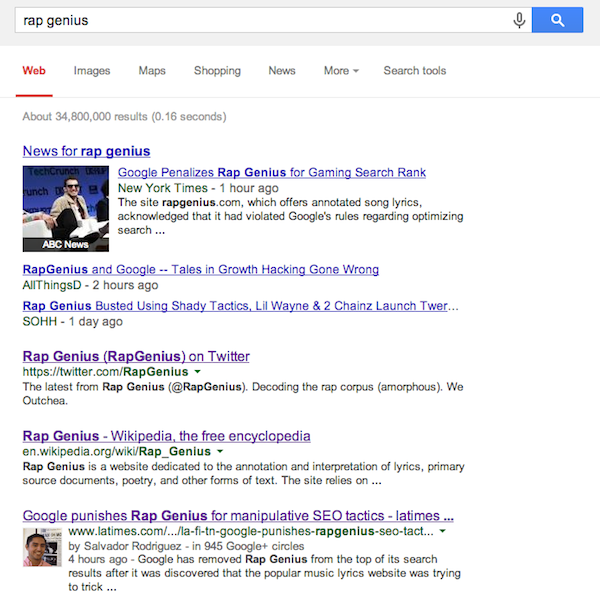 The listing for rapgenius.com is currently on the seventh page of search results, their Twitter and Wikipedia pages now rank way higher than their actual website. Ironically, the top of the listings are filled with stories about how Google is punishing Rap Genius.

“We effed up, other lyrics sites are almost definitely doing worse stuff, and we’ll stop.”

They go on, investigating their competitors and linking to their suspicious activity. Rap Genius even created a chart showing that while their activity is kind of shady, their competitors could be even more shady: 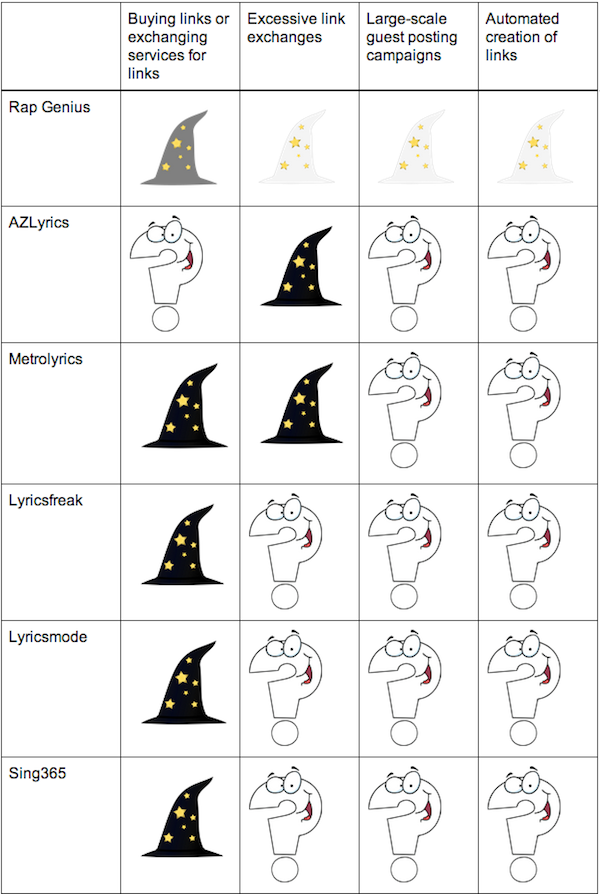