Surprise, Facebook is Even More Popular Than Last Year…

During Facebook’s third quarter earnings call they revealed a decrease in popularity among younger teenagers. Media outlets prophesied Facebook’s inevitable demise… but you can bet your life they shared their prophecies on Facebook. 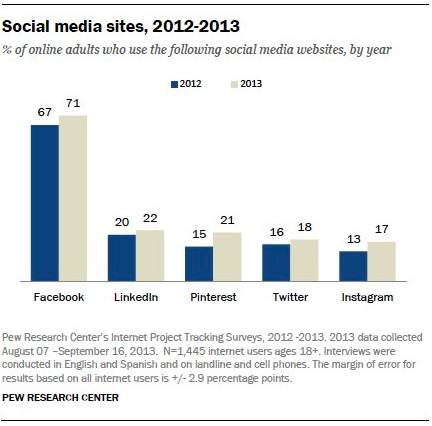 These charts come from Pew Research Center’s Social Media Update 2013. Facebook is by far the most popular social network, and is even more popular than in 2012. The study also found that the percentage of young adults using Facebook in 2013 is pretty much the same as in 2012. 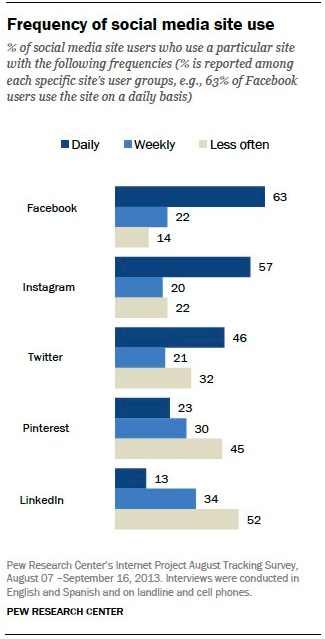 Here’s a breakdown of how often people use these key social networking services: 63 percent of Facebook users are on the site at least once a day, followed by Instagram at 57 percent and Twitter at 46 percent.