Last year was the first year ever that digital downloads declined.  Now we have a better idea why: according to data just shared with Digital Music News by Nielsen Soundscan, on-demand audio streaming gained 103 percent in 2013 (ie, more than doubled).  Overall, on-demand streaming (audio+video) grew 32%, according to the dataset.

Paid downloads, mostly delivered by iTunes and Amazon, dropped 6%, while digital albums were completely flat.  That’s the first year that has happened, ever. 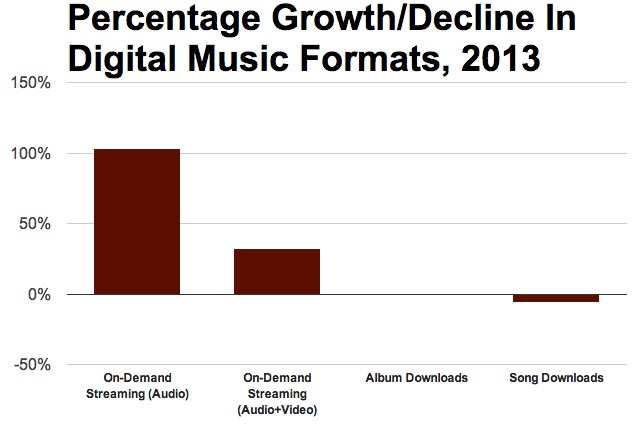