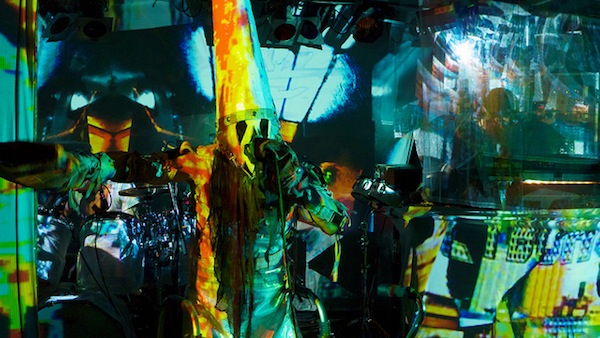 It’s well-known that the United States military uses metal music (among other genres) to torture people.  But not everyone has a problem with that: Metallica, for example, has objected to the use of their music, but the “Christian metal” band Demon Hunter pretty much begged the military to use their music.

Canadian band Skinny Puppy now says their music was also used by the U.S. as a torture device.  The band didn’t approve, but they didn’t ask the military to shut it down.

Read what Skinny Puppy’s founder cEvin Key had to say about the torture in an interview with the Phoenix New Times:

“We heard through a reliable grapevine that our music was being used in Guantanamo Bay prison camps to musically stun or torture people… We heard that our music was used on at least four occasions.  So we thought it would be a good idea to make an invoice to the U.S. government for musical services.“