Marvin Gaye’s Passport Was Found Inside an Old Motown Album… 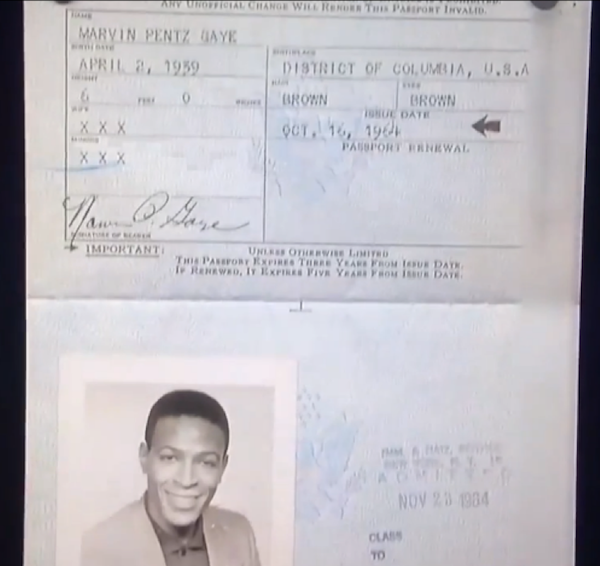 A lot of neat things can be found when looking through old albums.  But this is a once-in-a-lifetime find.

A man found Marvin Gaye’s 1964 passport in an album he bought at an estate sale.

The lucky man was working at the Motown Museum in Detroit.  He went to pick up some items that were donated to the museum by the family of a Motown musician.  He also picked up some albums for himself, as they were going to be sold at an estate sale.  Marvin Gaye’s passport fell out when he looked through the records at home.

The passport was featured on a recent episode of Antiques Roadshow, where it was appraised at over $20,000.