These $16.99 ‘Urban Beatz’ Headphones from T.J. Maxx Are Pretty Awesome 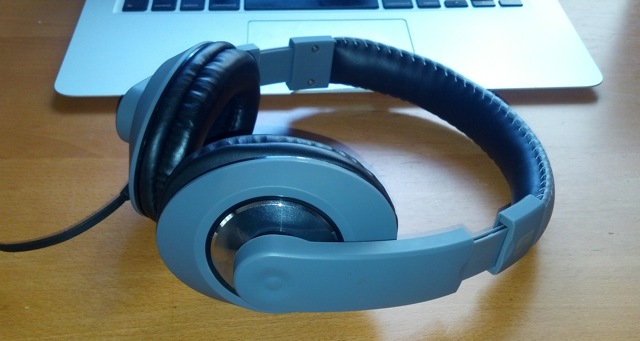 I have a $400+ pair of bluetooth-enabled Parrot Zik headphones.  Those are better than my new, $16.99 ‘Urban Beatz’ headphones that I bought from T.J. Maxx.

But the strange thing is that they’re actually not that much better.

The Urban Beatz headphones are clearly made of cheaper materials (they are $16.99), but their rubberized exterior and imitative design seems to be fooling people.  Actually, they seem to be fooling me: these supposedly crappy Beatz imposters have pretty decent sound quality and EQ range, not to mention satisfactory bass.  They also feature a pretty snug fit and an on-cord microphone that actually works.

You can even control the volume on the go, with this handy volume adjuster that is attached to the microphone (and also works).  You see, it’s quite possible that these headphones are made in the same Chinese sweatshop that makes the other headphones: just recently, a report emerged that Dr. Dre is minting $100s of dollars per every Beats by Dre headphone sold, thanks to labor and production costs that are about… $16.99.

I looked the Urban Beatz headphones up online, on Amazon.  There were a lot of people who felt exactly the same way and didn’t want to pay $300 for a pair. 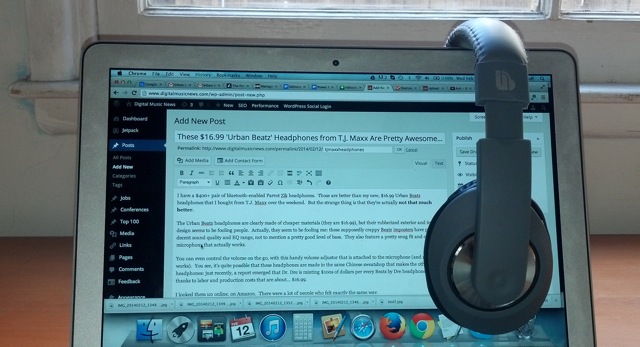 That’s when I realized something: these Urban Beats Headphones are actually better in a number of ways.  For starters, I am not worried about them.  And when I inevitably crush, sever, submerse, or abandon my Urban Beatz in a taxi somewhere, I won’t be crushed for the next month.  You see, there’s tons more at T.J. Maxx, not to mention Marshalls.

The Urban Beatz headphones also have another advantage: cheap simplicity.  My Ziks are pushing the boundaries with things like side-touch music control (yes, you can tap the side of the right headphone to skip through songs), a companion iOS app with EQ control, and Bluetooth-enabled connectivity.  But unfortunately, it’s complicated, and I spend a lot of time plugging the Ziks in and fiddling around with bad Bluetooth connections.

And I’d never take an expensive pair out on a workout.  But my Urban Beatz?  I couldn’t care less about murdering these knock-offs with sweat and steam in a tough workout.  You see, I actually don’t mind destroying these things.  Even better, I expect them to destroy themselves in about six months, if that.  At which point, I’ll try another pair of Urban Beatz, this time in yellow.

Written while listening to the heavy riffs of Grave.