Radio Stations Are Playing Fewer Songs Than Ever Before… 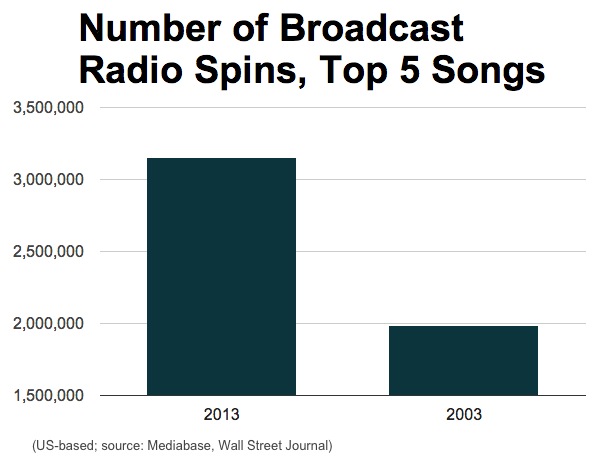 Which also means that there are few winners, though the songs that are played are blown into the stratosphere. 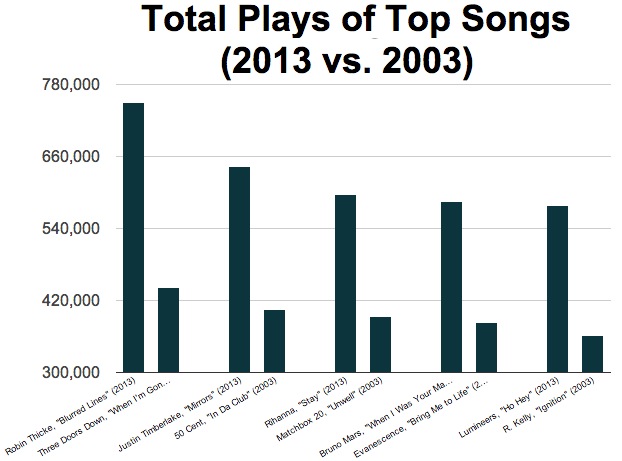 And the importance of crusty ol’ radio has never been greater: according to just-released data from Nielsen, terrestrial radio remains the largest, most-heavily consumed format for music.  That includes younger demographics, with a penetration level that surpasses 90% of all breathing Americans over the age of 12.  In fact, every age bracket is dialing in on some level. 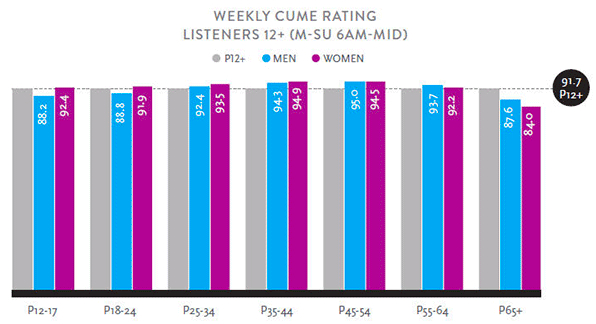 Meanwhile, the number of Top 40 stations is growing: according to Mediabase, 70 Top 40 were started in 2013, with niche-oriented stations focusing on rock or jazz disappearing.

And internet radio isn’t exactly picking up the slack.  According to data recently released by NPD Group, Pandora and iHeart Radio are absolutely dominating internet streaming.  At the time of its IPO, Pandora reported a playlist of about 800,000 songs from 80,000 artists, while iHeartRadio often retransmits broadcast radio streams.