Dr. Dre’s ‘The Chronic’ Is Not Available on Beats Music…

Here’s what happens when you try to find The Chronic on Beats Music. 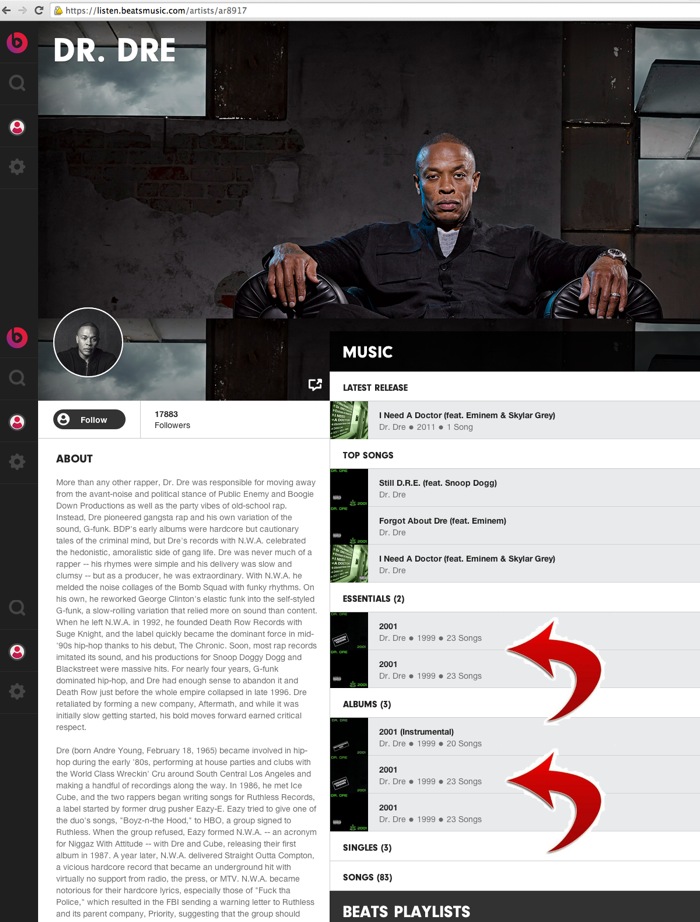 The Chronic , released in 1992, is widely considered to be one of the most influential albums in rap.  It also offered a launchpad for another Los Angeles rapper, Snoop Dogg.