Worst Accident Ever at SXSW: 2 Killed, 23 Injured By Drunk Driver… 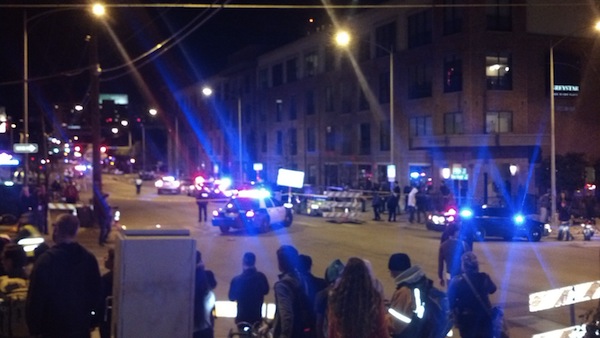 Some terrible and upsetting news has come out of SXSW.

Around 12:30 AM Wednesday night a drunk driver plowed into a crowd of people outside The Mohawk near 9th street and Red River in Austin. 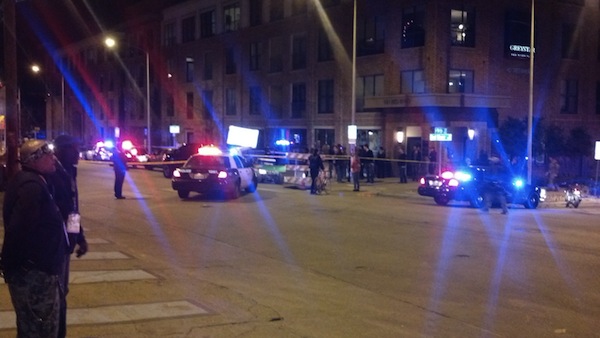 The driver was being chased by a policeman on suspicion of drunk driving after he attempted to flee from a traffic stop.  After speeding against traffic on a one-way, the driver took a sharp turn and plowed through barricades near 9th Street and River.  The vehicle plowed straight into  a crowded, previously-closed street, with a policeman chasing.

The incident happened just as Tyler the Creator was preparing to start his show at the Mohawk.  The rock band ‘X’ had just concluded, when sources say club bouncers urged everyone to remain inside the club due to the serious incident.

Two people riding a moped were hit and killed. 23 people were injured, five of them critically. Names have not yet been released.

After striking a parked van, the driver was tased and apprehended by police, and is being held on capital murder and deadly and aggravated assault charges.  The individual, only identified by Austin police as a black male driving alone, is expected to remain in prison for a very long time.

In an interview jammed with members of the media at 2:45 am, Austin police chief Art Acevedo told Digital Music News that this is probably the worst accident in SXSW history.  In his 7 years as chief, this is definitely the worst he has seen at the festival.

The incident raises more questions about whether SXSW is becoming too unruly and dangerous.  Sadly, a shooting occurred on the same block last year.  Other incidents, including violent clashes with police and even small riots, are dirtying a once innocent festival.

A video of the hastily-convened press conference is being loaded below.