Spotify Executive: “Artists Are Obsessed and Hung Up on Unit Sales…” 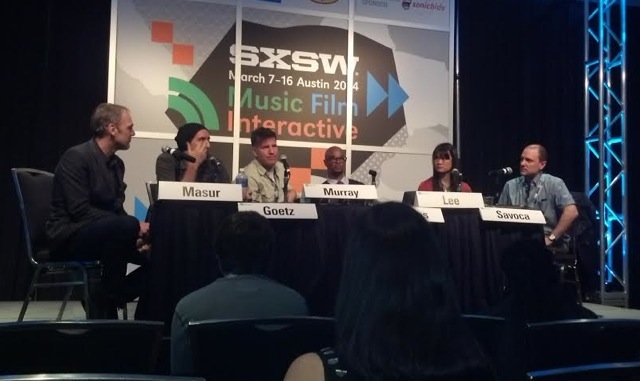 Lars Murray (VP Digital Media at Columbia Records):  One of the big changes here at South-by in the last ten years is how much artists get paid to be here.  It used to be that it was a straight expense.  It used to be the artist would come down here and play the showcase for free, and nobody got paid anything, except for SXSW.

Now, with all the corporate money coming in, you know, I’m ambivalent a lot of times about what it’s done to the overall ecosystem of this festival, however, it’s indisputable that the artists are getting more money to get paid do this promotion than they used to be.

Moderator Steven Masur (Partner, CDAS Venture Law Group): How much? What do you think Kanye, or Jay-Z, or Coldplay made?

Murray: Uh… I prefer not to think about it [audience laughter].  But, I don’t know, I don’t speculate, but it’s —

Rick Goetz (GM, musicconsultantcom): Another question is where the check came from, because it’s not the label anymore, it’s the sponsor.

Murray: — and it’s also not just Kanye though, it’s also baby bands that are up-and-coming, and again that’s a great development for the artist.  It’s a complicating factor for everybody, but it’s a great development for the artist.  And it’s absolutely brand sponsorship money that’s coming in, that wasn’t available in the past.

Steve Savoca (Head of Music, Spotify): So this feels like the crux of what we’re talking about.  Right, so if an artist is coming down here and gets a seven-figure check for playing SXSW—

Masur: — Seven figures, now we’re getting a little warmer on how much they actually make —

Savoca: — without a doubt.  But why they’re getting hung up and obsessed on unit sales when an artist can get a seven-figure payday for one show…

Goetz: — but you’re also talking about somebody who’s an established commodity in a system that longer exists —

Goetz: No, no… I’m merely suggesting that somebody who is drawing a brand sponsorship is not where the core complaint comes from when people — real or no, I haven’t done the math — say that ‘well, Spotify isn’t paying’, and I’m not going down that rant.

Savoca: Ultimately it always goes there.

Goetz: Well.  And you have health insurance and I don’t, so I guess there’s a price.  But, you know  —

Goetz: But at any rate, I think — I’m going to guess that a majority of the people in the audience are not in a place where their original projects commands the value to find a brand sponsor other than maybe an instrument endorsement or a local check-in restaurant.  I just think that’s a profoundly different conversation, and I don’t know that it speaks to the issue of people who are —

Why do we fret about sales?  Because it’s one of the small revenues that are available to anybody who can drag a CD to a show.

Murray:  And also, the revenue off of recorded music scales.  Touring revenue doesn’t scale infinitely.  You have to show up, you’ve got to be there, and if you get it this week you’re not necessarily going to get it next week.

Again, I was very glib about saying that the industry was addicted to those revenues, but it also made possible a lot of art that would not otherwise have been possible at all.  Artists like Steely Dan that never toured throughout the 70s; Pink Floyd barely hit the road at all.  And these were some of the biggest artists in the world, based purely on the recorded sales of music and not having to tour at all.

So there’s something lost artistically when recorded music isn’t monetized.