I’m a ‘Successful’ DJ. Wanna Know How Much Money I Make? 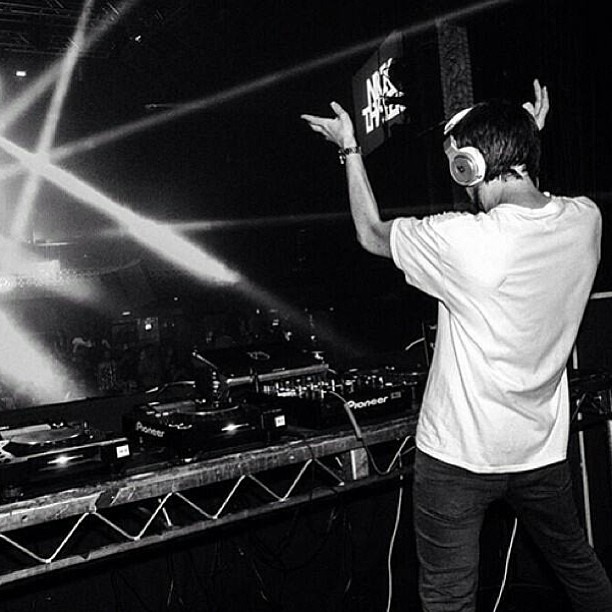 The following comes from Nick Thayer, a producer signed to Skrillex’s OWSLA label in 2012.

Reprinted with permission from the Nick Thayer’s Tumblr, where the original post and a follow-up post first appeared.

I wanted to take a second to break some numbers down for you. I’m doing this to be transparent. To let you know what the life of producer / DJ looks like from the financial end. People often think there’s a huge amount of money in this scene. There is, but it is very concentrated and in the hands of a very, VERY few people.

The vast majority are on similar numbers to me, running on fumes most of the time to make this thing work. We do it because we LOVE THE ABSOLUTE SHIT out of writing music, playing music and sharing music.

Let’s start with a release.

Here’s the TOTAL sales breakdown for my Like Boom EP (March 2012). This is sales across all platforms (iTunes / Beatport / etc etc). Bear in mind this EP was the #2 overall release for thirteen weeks on Beatport so you can assume it was a comparative success.

For the sake of making this as simple as possible, let’s be generous and call these sales $2 each (most are a bit less). Then let’s split 50% (give or take) for whatever site you sell through, meaning the site takes $1 and there’s $1 left. Most labels these days run on a profit share arrangement which means you split what’s left of that down the middle too. Let’s also allow for any writing splits where other artists have been involved adding vocals etc. So here we have total income that gets to me after the site, the label and the other artists involved have all taken their cut.

(I’m not going to include Spotify or YouTube here as they total less than the price of a beer overall).

At this point you pay your management 15% of what you have. Mastering comes in at approximately $150 – $200 per track, so that’s $1500 total. Artwork is $1000 for anything half decent that’s usable across all platforms*.  A decent publicity campaign is about $300-$500. There’s a myriad of other smaller costs involved too. Some labels will cover these costs up front but it will be a ‘recoupable advance’ meaning you have to pay them back before they give you any money so it’s the same as fronting the money yourself*.

So you can see at the end, this EP which probably represented a year of work at actually ended up COSTING me money (though not a lot) to release. If somebody said to you ‘put your heart and soul into this project for a year and at the end give us some money for the privilege of having us listen to it’, what would YOU do?

At this point people usually say ‘well you make a lot of money from gigs right?’  Well not really.  Around six months after this EP came out, so in late 2012, enough time to potentially see the benefits, in the US I was earning between $1000 and $1500 for a show. That might sound like a lot of money, but that is TOTAL.

Then I have to pay for travel*.

Let’s say return flights from Aus ($1500 economy fare) plus travel in between shows ($200 per flight if lucky) and we’re down to $2687.  You can usually get the club to pay for a hotel on the night of your show, but that’s it.  So that leaves maybe ten nights where you are covering it at $100 a night if you can find it.  Often they will be much more expensive so you survive by sleeping on couches in friends’ places every second night.  That’s $1687 left.

Now pay management 15% and we’re at around $1434. Then there is food to pay for cause you can’t live on bar snacks for three weeks. At $30 per day (that’s $10 for b’fast lunch and dinner) for three weeks is around $600 and at that point all you’re left with is around $800 for three weeks’ work, which is not exactly a fortune.

This is not a sob story. This is me saying to you please, PLEASE support artists you like in any way you can think of.

Buy the whole EP when they release it instead of just one song. You would not believe the difference this can make. Even buying two songs instead of one helps chart positions which creates exposure which means more people listen and the cycle repeats itself.

Share the links to their music on your Facebook or Twitter or re-post them on SoundCloud or wherever you can. Promoters keep an eye out for whoever is being talked about the most across social media so instead of bugging your favourite artist to come to your town talk about them as much as you can and bug the promoters to bring them.

I want to say now THANK YOU for every single person who has supported me in any of these ways. Who has bought my music, shown their friends, stuck stickers on things, come to a show, or whatever.

*Artwork costs being $1000 / other EP expenses: It has been commented that this is a lot. What I said is that this is artwork ‘usable across ALL platforms’. That is, usable as a digital album picture, a sticker, an ad mat, tour art (vectorised and layered to make for easy adaptation) and more. I also paid for the original photo. I believe in paying people properly for their work.

*Label deals / splits etc: It has also been commented that labels will split costs on a 50/50 deal. Without going into the specifics of this contract, I paid for the art up front. The mastering expense (I just looked up a statement) was $1700 and was split with the label, so yes, that does alter my maths a little. I only tried to provide a rough guide anyway.

I also mentioned other expenses. These include things such as vocal sessions and lawyers (for sample clearance and for record contracts). These came directly out of my pocket (the track with the sample was completed including clearance before the label was in the picture and a label is not going to pay for your lawyer to sort out a contract with them).

*Travel expenses: It has also been commented that venues should be paying for travel. The deals my US agent (AM Only) works on for me are all-in deals. They do not include flight shares. This is not the case for me worldwide (in Aus and NZ travel is certainly added on top of the fee), but I wanted to use a REAL tour to highlight the situation.

I wrote this post as a way of being transparent. I spend money on things I think are important to my art, in this case the costs of mastering and art fall into that category. I now do all my own mastering.

I will also say that yes, there are other streams of income for artists I didn’t include. There is publishing (which is like a lottery and can vary from $5 to $5000 a year with apparently no reason), there are performance royalties (APRA in Australia) that again seem to operate largely on an arbitrary base. There are remixes and session work mixdowns the like too. My point was to isolate one EP and one associated tour.

Once again I want to state that I LOVE what I do. And I want to thank everyone who has ever supported me, bought my music, booked me for a show or let me stay on their couch.