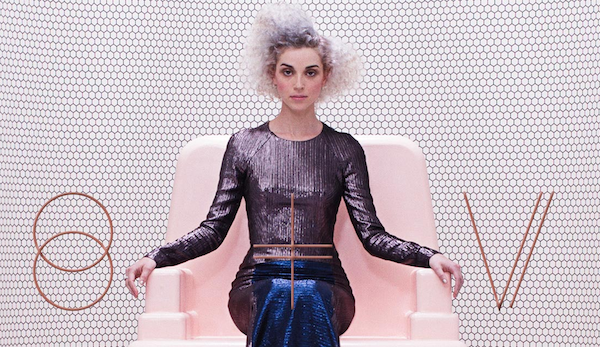 So how did The Found Group’s digital campaign play into this?

The Found Group used found.ee along with a number of other approaches.  For example, they used information from their retargeting pools to figure out what videos fans had already seen.  When a fan navigated to the landing page on St. Vincent’s website they were served a page that catered specifically to them.  If someone had already seen the first music video they were shown the second one instead.

The following infographic details each of the digital methods that were used in the campaign.  It also shows how fans were reached multiple times, giving them more opportunities to make a purchase.  Jason Hobbs of The Found Group says a customer usually has to see a product around seven times before they’ll make a purchase.

The infographic is a little overwhelming, I had to have Jason walk me through it.  If you have specific questions, leave them in the comments.

To reiterate, this infographic only covers digital marketing efforts. It was originally created as an internal document but was then approved to be shared with the public. The Found Group says:

“We clearly couldn’t have done it without the music, St. Vincent, the label, the management, distro, the PR, radio, etc.  These campaigns are team efforts, with a lot of moving parts.  And St. Vincent has a very strong team.”