SoundCloud Just Removed the Dropbox Feature. So How Can You Accept Track Submissions? 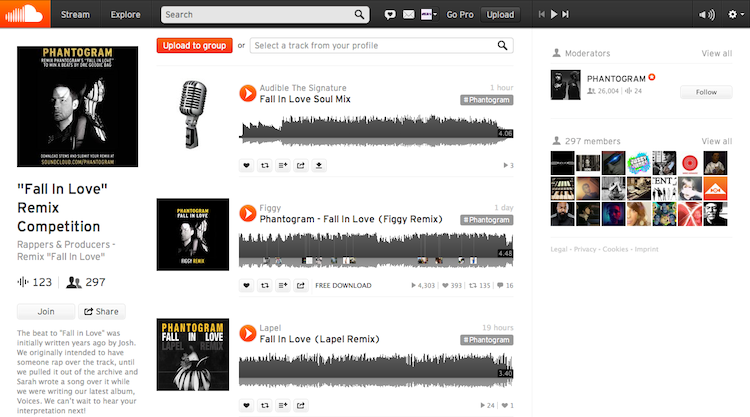 You may have noticed that SoundCloud has removed their dropbox feature. This enabled anyone with a SoundCloud account to accept track submissions and also allowed users to submit tracks to their favorite artists and labels.

“We are disabling this feature because it was broken — meaning that private shares were not being sent to everyone properly, and private tracks were often getting lost or not appearing in the Stream. We also got a lot of feedback from our community about people abusing this feature, and sending tracks to people who were not interested in receiving them. This placed tracks on Streams that could not be removed and caused a lot of confusion.”

One option is to accept tracks in a message.  This option is ideal for sharing private tracks between users.  Messaging fills up the inbox and leads to a lot of annoying notifications, so if you want to accept a large amount of tracks via SoundCloud you should probably try something else.

Take a tip from Phantogram and Dave Sitek’s Federal Prism label, who have both started SoundCloud groups to accept remix submissions. 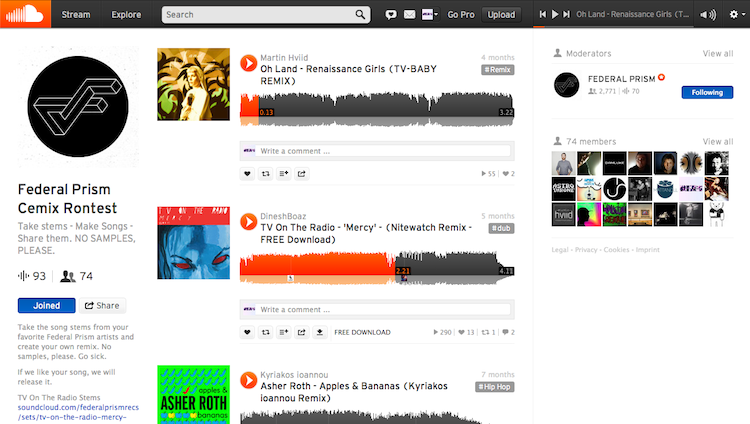 Users can submit public tracks to your group during upload, or they can choose one of their previously uploaded tracks straight from your group page.

You can even embed your group onto other websites, making it extremely easy for people to submit tracks. 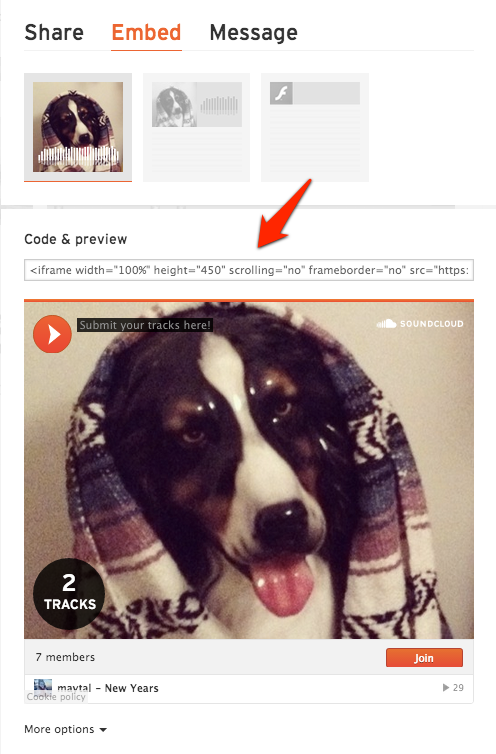 If you do this it would be a good idea to keep your group moderated. Federal Prism hasn’t been moderating their group and it has filled up with irrelevant tracks, which makes the process less appealing.