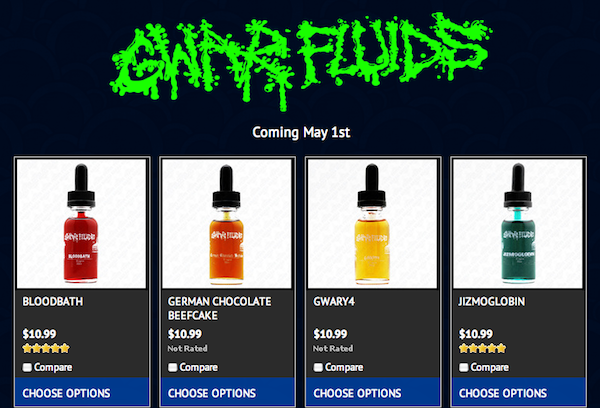 Metal band GWAR’s frontman died in March, but it looks like the band is still going strong. GWAR and Mount Baker Vapor have now released GWAR Fluids, a line of e-cigarette flavors.

The line features gross flavors like “Spew” and “German Chocolate Beefcake”. The band says: “We only use freshly squeezed babies to give it that personal GWAR touch”.

In the past GWAR has also released their own BBQ sauce, which I would much rather have over these fluids.