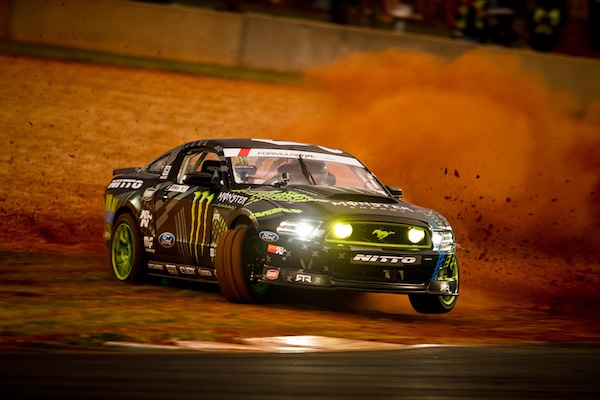 In 2012, the Beastie Boys sued Monster Energy Drink for using their music in an online video without permission.  The case has finally gone to court.

The video in question was a recap of a snowboarding event held by Monster . The event took place shortly after the death of Beastie Boy Adam Yauch, whose parting wish was that no Beastie Boys songs be used in advertisements.

DJ Z-Trip was hired to perform at the event.  Monster used a mix he made of five Beastie Boys songs in the video.  Monster also put “RIP MCA” at the end of the video.

Monster agrees that they were in the wrong, however, they disagree over the damages. The Beastie Boys want $2 million for unauthorized use and for implied endorsement.

“Monster has no intention of litigating this matter in the media, but since the case has now received publicity we felt we should let the public know the facts as we see them.  Monster in good faith believed it had obtained the rights to use a compilation of certain Beastie Boys music for an Internet video. The video recounted a snowboarding event in Canada that Monster sponsored where the after party featured many Beastie Boys songs played by the DJs in honor of the recent death of one of the Beastie Boys’ members. The music that Monster used was provided by one of the DJs [Z-Trip], who told Monster he had permission. When Monster was notified by the Beastie Boys that the company was mistaken in its belief that it had the proper authorization, Monster immediately removed the video from the Internet. The video received less than 14,000 views during the brief period it was online. This lawsuit is solely about what, if anything, Monster must pay to the Beastie Boys because of Monster’s good faith mistake. In Monster’s view the Beastie Boys are demanding sums that are far beyond any reasonable fair market value.”

To put this into perspective, toy company Goldieblox is currently paying $1 million to charity for putting a parody of a Beastie Boys song in an ad.