What’s new in the world of Apple? Here’s what you should know about Apple’s latest Worldwide Developers Conference…

There are no updates coming out of Apple’s acquisition of Beats Electronics and Beats Music yet. Apple’s SVP of Software Engineering did call Dr. Dre from the stage, saying “see you on campus”. It’s likely that any Beats integration will happen in the fall, when Apple is expected to announce the new iPhone.

Apple was expected to announce HD audio playback in iOS 8, new lightning adaptors, and headphones. This didn’t happen, but it would make sense for it to be unveiled with the new iPhone.

iOS 8 will be available in the fall.

As expected, Shazam has been integrated into the operating system. Siri will be able to identify which song is playing.

There are also 4,000 new APIs for app developers.

Apple will be rolling out a new version of the App Store.

The new app store has a bundling feature. Multiple apps can now be sold together for one price.

Preview videos will be added to app pages. The app store will also feature trending searches.

The new OS X Yosemite will be more tightly integrated with iOS. 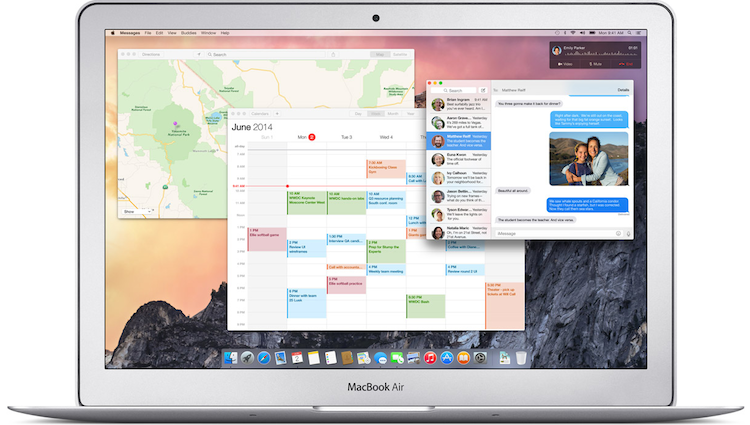 The new OS X is more visually aligned with iOS. It will also be available in the fall.

iOS and Mac devices will also be able to recognize each other when they are close by, and will work in tandem. Users will be able to start something on their iOS device and finish it on their computer.