The Major Labels Are Trying to Sell Spotify for $10 Billion, Sources Say 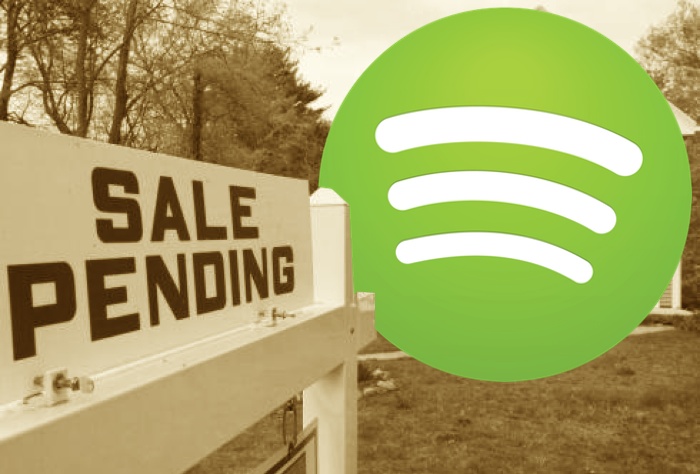 In the wake of the highly-successful acquisition of Beats by Apple, major labels Warner Music Group, Sony Music Entertainment, and Universal Music Group are now focusing on the next prize: a massive Spotify acquisition or liquidity event.  According to several sources inside and outside of the major label system who have agreed to speak with Digital Music News, the Beats sale is ‘simply small potatoes’ compared to the juicy prize that Spotify could represent, and labels are pulling as many strings as possible to make a ‘giant liquidation event’ happen.

A major factor in this push is equity, a lot of equity.

According to multiple sources, the major labels now carry a collective ownership share in Spotify of roughy 20%, a multiple of the percentage held in Beats.

The shift is a result of some re-engineering by the major labels on how they profit from streaming services.  In the older model, labels focused more on large, upfront guarantees in exchange for the rights to use their valuable catalogs.  Rhapsody, for example, has bitterly complained about that approach in the past, but according to a pair of sources close to those deals, that has shifted considerably over the past few years.  “[The big recording labels] decided they want equity more than payments, because there’s a market [for acquisition] now,” one source relayed.

“You’re talking about the difference between making millions right now, or billions in a few years.”

On that note, one source pointed to Spotify as a very, very juicy prize, with one target sale price pushing past $10 billion (you know, WhatsApp money).

One label attorney, who spoke on the condition of anonymity, pointed to massive telecommunications and mobile companies as targeted buyers.  “The Verizons, the NTT DoCoMos, the Oranges, that group,” the source noted.  “Spotify is a nice package for customers.”

Separately, sources also noted that Spotify’s investors are also getting more antsy for a sale, and pushing the agenda towards and initial public offering (IPO), acquisition, or other ‘liquidity event’.  But an IPO could represent a difficult bet: just recently, VC superstar Fred Wilson questioned whether the prodigious Wall Street wellspring has already ended, and whether companies like Pandora were the last to cash in.  “The combination of sky high valuations, equally high burn rates, and a disappearing IPO market is not a pleasant one,” Wilson blogged last month.

That may be better judged by Goldman Sachs, a massive Spotify investor and a shrewd Wall Street manipulator.  It’s unclear exactly how much Goldman has sunk into Spotify, though overall investment in the streaming service is roughly $540 million.

Written while listening to Paramore.