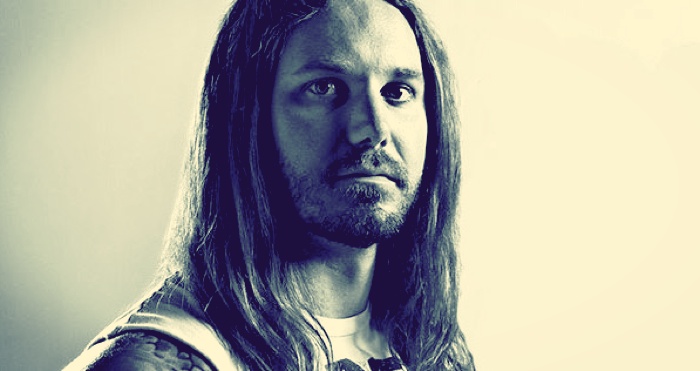 “We toured with more ‘Christian bands’ who actually aren’t Christians than bands that are. In 12 years of touring with As I Lay Dying, I would say maybe one in 10 Christian rock bands we toured with were actually Christian.”

Tim Lambesis, former frontman of As I Lay Dying.

Has ‘Christian rock music’ become a scam, driven more by money than actual religious beliefs?  Yes, according to Tim Lambesis, the once-popular lead singer of As I Lay Dying who is now a declared atheist and says most other ‘Christian rock bands’ are  basically fronts.

Lambesis is also at the beginning of a six-year prison sentence after pleading guilty to hiring a hitman to kill his ex-wife, which means he has very little to lose at this point.  “I actually wasn’t the first guy in As I Lay Dying to stop being a Christian,” Lambesis explained in a lengthy interview with Alternative Press. “In fact, I think I was the third. The two who remained kind of stopped talking about it, and then I’m pretty sure they dropped it, too.”

“We talked about whether to keep taking money from the ‘Christian market’.  We had this bizarrely ‘noble’ thing.  Like, ‘Well, we’re not passing along any bad ideas. We’re just singing about real life stuff. Those kids need to hear about real life, because they live in a bubble’.”

“I remember one Christian festival where an interviewer wanted one of the guys to share his testimony.  And he just froze up and let one of the guys who was still a Christian answer the question. We laughed about it afterward, but we were only laughing because it was so awkward.  When kids would want to pray with us after shows, I’d be like, “Um, go ahead and pray!”  I would just let them pray.  I’d say ‘Amen.’  If praying while I have my hand on their shoulder makes them feel better, I didn’t want to take that away from them.  When they would specifically ask me to pray for something, I’d say, ‘I don’t really like to pray out loud, but I’ll take that with me to the bus.'”

Sorry kids, they were just doing it for the money.

“Yeah. It was cowardly, looking back. But did I really want to get into a huge explanation?  Before my arrest, my plan was to tour for as many really good years that we actually had left—four, five.  I wanted to save up that money and then stop doing it altogether, stay home with my kids, have the money we needed.  If I had to work at McDonalds, it would easily pay the bills.  Because my house would be paid off, and all we’d need was food.”