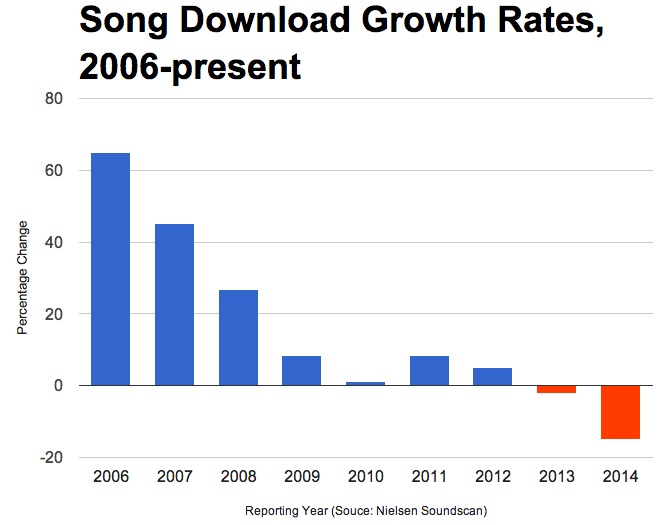 Last year, song downloads on platforms like iTunes dropped 2.3%, the first decline ever for the format.  This year, paid downloads are already down 15%, according to mid-year stats just released by Nielsen Soundscan.