Grateful Dead Lyricist: “I Tour Because I Want To, Not Because I Have To…” 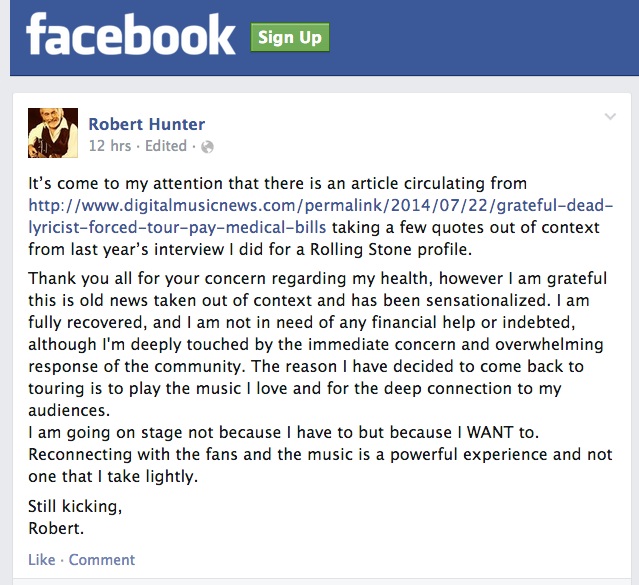