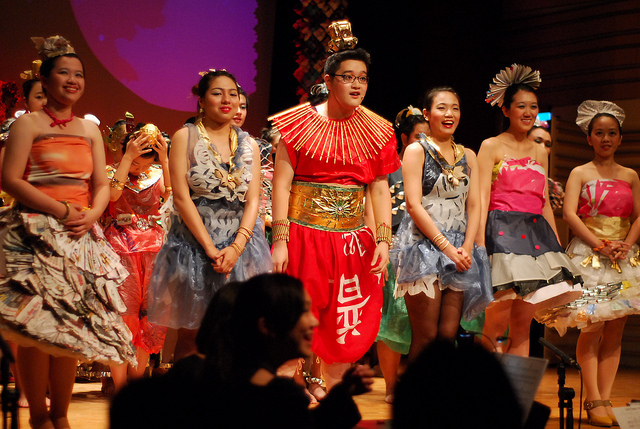 The center is scheduled to be completed by 2017 and will occupy over one million square feet.

The unfinished center will put on a Mandarin production of Into the Woods this November. The show has been in development for three years. There will be 100 performances in Beijing and then the show will tour China.

Director Tom Ossowski recently staged the first Mandarin production of Into the Woods at Beijing’s Central Academy of Drama.

“Mamma Mia! and Cats made a great step to introduce musicals in Chinese to audiences here. But apart from the singing, everything else has been done in a Western way by Western production companies, costumes and body language included. We want to further localize the Western art form…“

Xiaofei also said that in 2013, Chinese musicals brought in over $37 million (230 million yuan) in revenue. This is a 20 percent rise from the previous year. These musicals had an audience of over one million people.