‘How Will the Artist Get Paid?’ Is the Wrong Question… 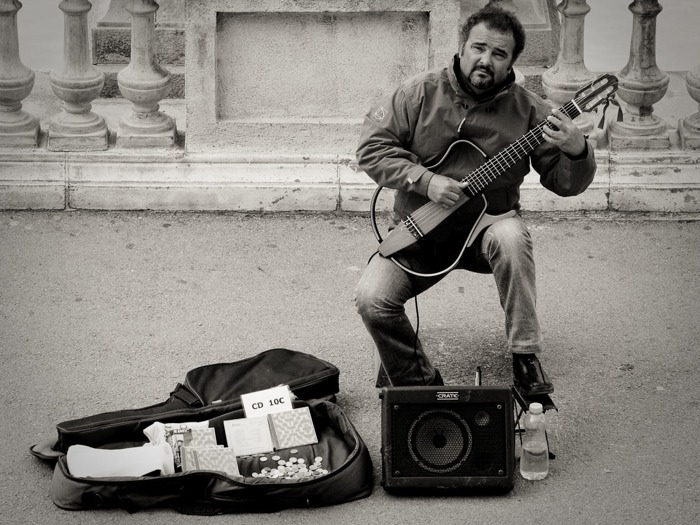 People sometimes ask how the artists will get paid if – no, when – the copyright monopoly is abolished. This question is not based on facts.

Every time somebody questions the copyright monopoly, and in particular, whether it’s reasonable to dismantle freedom of the press, freedom of assembly, freedom of speech, freedom of information, and the privacy of correspondence just to maintain a distribution monopoly for an entertainment industry, the same question pops up out of nowhere:

“How will the artists get paid?”.

The copyright industry has been absolutely phenomenal in misleading the public in this very simple matter, suggesting that artists’ income somehow depend on a distribution monopoly of publishers. If the facts were out, this debate would have been over 20 years ago and the distribution monopoly already abolished quite unceremoniously.

There are three facts that need to be established and hammered in whenever somebody asks this question.

First: Less than one percent of artists’ income comes from the copyright monopoly. Read that sentence again.

The overwhelming majority of artists get their income today from student loans, day jobs, unemployment benefits, and so on and so forth. One of the most recent studies (“Copyright as Incentive”, in Swedish as “Upphovsrätten som incitament”, 2006) quotes a number of 0.9 per cent as the average income share of artists that can be directly attributed to the existence of the copyright monopoly. The report calls the direct share of artists’ income “negligible”, “insignificant”. However, close to one hundred per cent of publishers’ income – the income of unnecessary, parasitic middlemen – is directly attributable to the copyright monopoly today. Guess who’s adamant about defending it? Hint: not artists.

Apart from the copyright industry’s creative accounting and bookkeeping – arguably the only reason they ever had to call themselves the “creative industry” – which usually robs artists blind, only one in ten thousand artists ever see a cent in copyright-monopoly-related royalties. Yes, this is a real number: 99% of artists are never signed with a label, and of those who are, 99% of those never see royalties. It comes across as patently absurd to defend a monopolistic, parasitic system where only one in ten thousand artists make any money with the argument “how will the artists make money any other way?”.

Third: Artists’ income has more than doubled because of culture-sharing.

Since the advent of hobby-scale unlicensed manufacturing – which is what culture-sharing is legally, since it breaks a manufacturing monopoly on copies – the average income for musicians has risen 114%, according to a Norwegian study. Numbers from Sweden and the UK show the same thing. This shift in income has a direct correlation to hobby-based unlicensed manufacturing, as the sales of copies is down the drain – which is the best news imaginable for artists, since households are spending as much money on culture before (or more, according to some studies), but are buying in sales channels where artists get a much larger piece of the pie. Hobby-based unlicensed manufacturing has meant the greatest wealth transfer from parasitic middlemen to artists in the history of recorded music.

As a final note, it should be told that even if artists went bankrupt because of sustained civil liberties, that would still be the way to go. Any artist that goes from plinking their guitar in the kitchen to wanting to sell an offering is no longer an artist, but an entrepreneur; the same rules apply to them as to every other entrepreneur on the planet. Specifically, they do not get to dismantle civil liberties because such liberties are bad for business. But as we see, we don’t even need to take that into consideration, for the entire initial premise is false.

Kill copyright, already. Get rid of it.

It hurts innovation, creativity, our next-generation industries, and our hard-won civil liberties. It’s not even economically defensible.

Image by PhyreWorX, licensed under Attribution-ShareAlike 2.0 Generic (CC BY-SA 2.0).  Written while listening to The National.