Why the Copyright Monopoly Is Damaging Your Artistic Career… 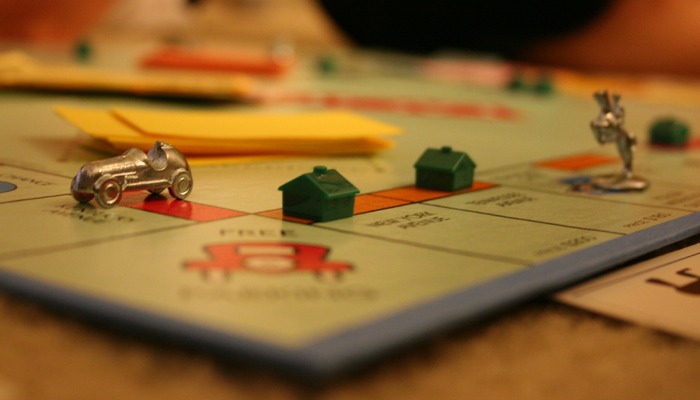 So you’re an artist, author, or creative person, and you’ve heard the arguments against the copyright monopoly. That it locks away knowledge from the public. That it hurts free speech. That it’s declaring a monopoly on an idea. Okay, but what about your paycheck?

As it turns out, the copyright monopoly is a raw deal that helps corporations steal your profits and barely helps you at all.

Copyright is more like a monopoly than property, but it’s treated a lot like title deeds in the Monopoly board game. That means the right to control your work — to say who can distribute it, reproduce it, remix it, build off of it, etc. — is a thing that can be bought and sold. Big entertainment companies love this situation, because that means it is legally possible for them to take your control over your work away from you.

The publisher who options a book, changes their mind, and then doesn’t allow the author to go to another publisher. The screenplay wrestled from its visionary creator, maimed by a team of hack studio writers, and released as an unrecognizable crappy comedy that flops at the box office. The album kept unreleased, in legal limbo for years after its been recorded because of a business deal gone bad.

All of these incredibly common situations are made possible by the copyright monopoly — and the ability to sign it away to a big company, forever, with no going back.

This is how the copyright industry — which is what I like to call these entertainment companies — makes its money. Not by creating anything of its own, but by silencing its competitors (and you). They need the ability to buy, sell, and trade away a monopoly right on ideas, words, and other intangible things, because otherwise they wouldn’t be able to dominate. They wouldn’t be able to siphon off all your profits, to maim and mutilate your work, and to use accounting tricks to keep themselves from paying you, because you would have a way out. But with this institution of tradeable monopolies on your work, massive corporate titans are able to pummel anything in their way, get away with screwing over creative people, and then lobby for draconian Internet censorship laws in your name.

And what do you get out of the deal? Well, if you somehow manage to retain control of your copyright monopoly, you can use it to stop other people from downloading your work, remixing it, using it in something else, or doing pretty much anything unless they pay you. Or so goes the story.

You probably can’t, though.

The legal costs of enforcing your copyright monopoly are astronomical, and only the big corporations are usually able to take advantage of it. And there are some things that are so widespread — like downloading your work without paying for it — that not even big corporations with all their resources can stop.

The big lie of the copyright monopoly is that it can make any dent whatsoever in social mores.  Some people may download your work for free — but they’ll also pay you if they like you.  Some people may plagiarize your work — but the Internet makes it easier than ever to expose them and laugh them out of the room.  Some people may take your work, and remix it into something that expresses a political opinion you disagree with — but sometimes we can’t control how people interpret our work anyway.

Nobody really thinks about who the rightsholder is on anything in these situations. They just worry about who the author is, and they act accordingly.

You do have a choice aside from signing your work away to the copyright industry.

Think about how workers around the world have struggled against exploitative corporations for over a century.  They united.  Band together with your fellow artists, help each other create and promote your work, and use Creative Commons Zero to completely obliterate your monopoly so that nobody can take it away from you.

(note: don’t use other CC licenses; these still use copyright, so you can still have your work signed away)

If you’re upset with the way people are using or obtaining your work, then instead of using a byzantine legal system, you’d have a much better time trying to change cultural norms and social mores.  After all, you’re an artist.  You’ve got a natural talent for communicating and moving people.

Nobody needs the copyright monopoly except for giant corporations. The “protections” it offers creative people are thin and unreliable at best, at a cost of propping up a system of exploitation.