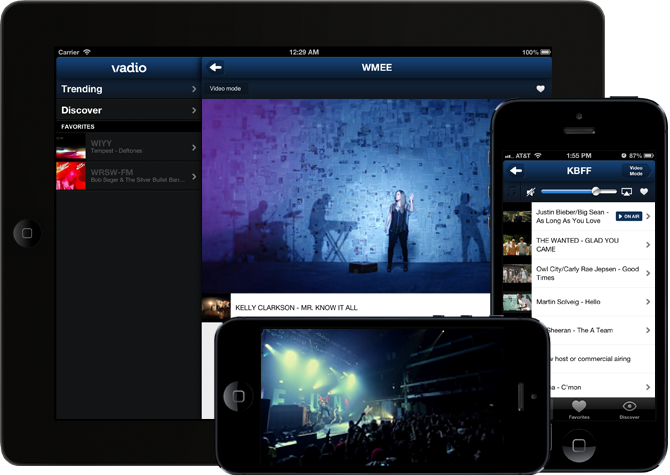 Vadio is a distribution platform for music videos and video ads.  Their technology detects when a song is playing, and then serves the corresponding video to the user.  The company says they bring new revenue streams to streaming platforms and radio station websites.

Vadio has just raised $2 million in a seed funding round.

Vadio has also launched their partnership with VEVO, which was originally announced in June.

The first companies to make use of this are Nova Entertainment, Virgin Radio, and European Media Group.

+VEVO Sucks for Indie Artists. So We Created Rormix…

The deal closely follows news that VEVO is basically a financial dogpile, with investors getting sick of bringing the plastic bag on this walk.  Now, the remains are getting more complicated: if a VEVO video shows up on Virgin Radio, it has traveled from the label, to VEVO, to Vadio, to Virgin Radio.  Which are a lot of hands are dipping into this pocket for lint.