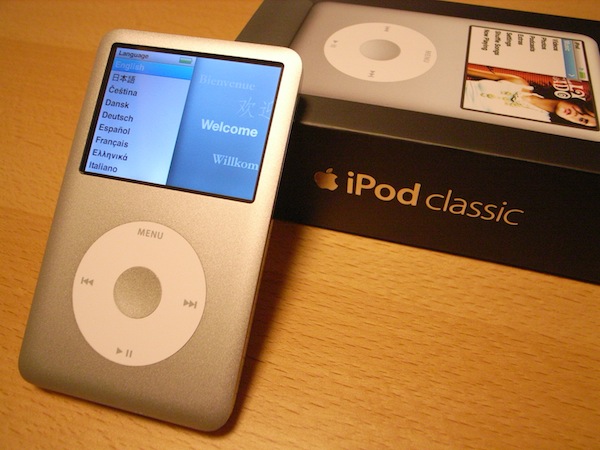 At their recent keynote, Apple introduced two new iPhones, a watch, and a mobile payment system. Apple updated their website, adding these products. After the update, one thing was missing… the no-frills iPod.

Apple is still selling the iPod Touch, Nano, and Shuffle. The iPod with the largest storage capacity is now the Touch, holding 64 GB. The iPod Classic previously held up to 160 GB. The new iPhone 6 comes closest to this amount with 128 GB of storage.

The discontinuation is surely the result of declining sales. CNET says Apple has sold less than 20 million iPods in 2014, less than half the amount they sold in 2013. In 2009 Apple sold 54.83 million iPods.

The future of music does not include an Apple device that holds 40,000 songs and fits in your pocket.