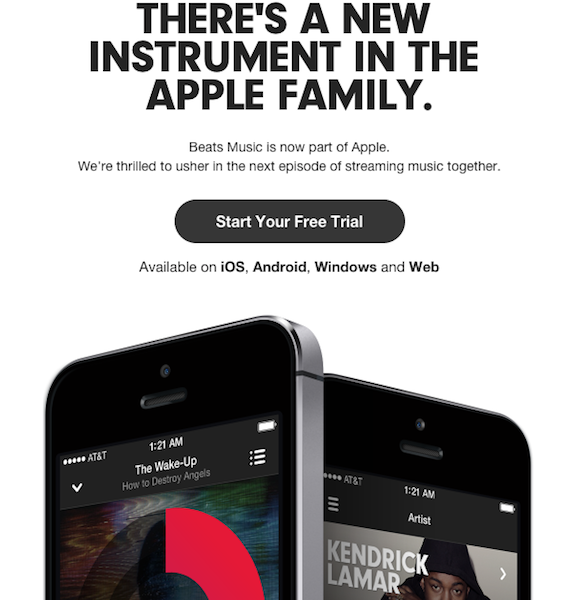 Apple’s decision to give 500 million iTunes users the new U2 album (whether they wanted it or not) has some pretty interesting implications, and the bold move has led to a pretty exhausting debate.

Sources have told multiple publications that Beats Music will be shut down / the brand will be modified.

Apple told TechCrunch that reports of Beats Music being shut down are “not true”, but Apple is likely being very technical with the definition of “shut down”.