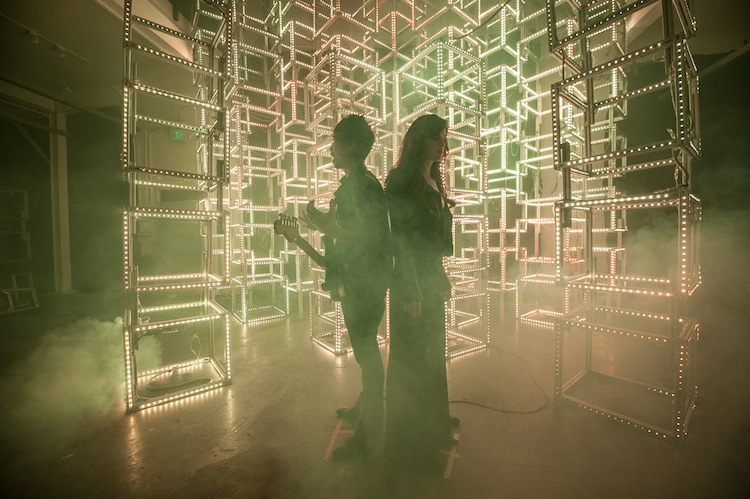 The Sugar Cubes are a cube structure with incorporated LED lights. The LEDs can be controlled through 3D mapping and modeling, allowing artists to use the structure for visuals.

The video is for Cathedrals’ song “Unbound” and also features Maria Kochetkova, the principal ballerina in the San Francisco ballet.

Cathedrals is made up of Brodie Jenkins and Johnny Hwin, who are based in San Francisco. “Unbound” is from the band’s self-titled EP that recently came out on Neon Gold Records.
Watch the music video, and then watch this video that explains the tech behind the Sugar Cubes: