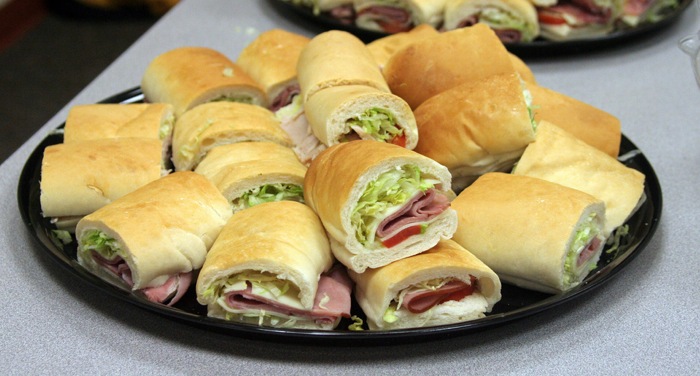 Against continued licensing problems and high-profile fallouts involving superstar artists, Spotify is now hoping to calm the waters with a secretive ‘information tour’ in the US.  On the surface, the aim of the meetings is to ‘dispel myths and bad information’ about streaming royalties, according to one source, though one insider said ‘checks may be written’ to reluctant holdouts to coax participation.

Currently, we know of three confirmed dates in the US: October 6th (ie, today) at the Soho Club in New York, October 8th at City Winery in Nashville, and October 10th at a private residence in Los Angeles (complete details on these dates below).  The US-based sessions that we know about are being coordinated through the Music Managers’ Forum (MMF), with the Featured Artists’ Coalition (FAC) potentially bringing serious, high-wattage superstars to the table.

Sources noted that participation lists, and even event entry, are being tightly protected.  “Please note this venue is a little difficult to find, being in a very residential area and a ‘Secret Club’,” the coordinator for the LA-based event emailed to participants.  “We’ll have someone outside to meet and greet.” 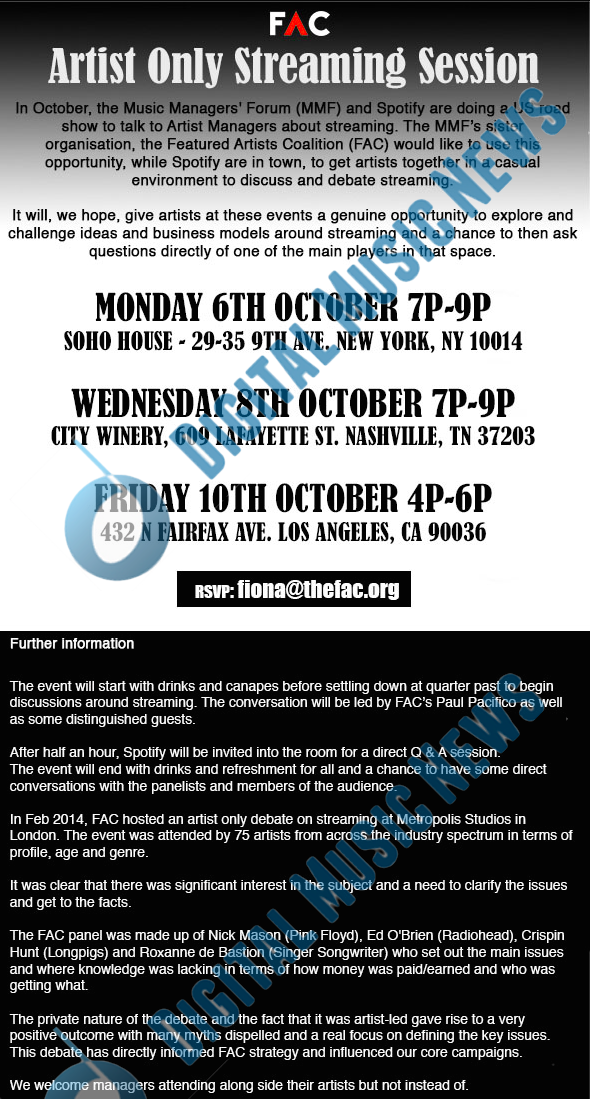 Please send any additional information you have under complete confidence to [email protected], or just call me at (310) 928-1498.

Top image by Hector Alejandro, licensed under Creative Commons Attribution 2.0 Generic (CC by 2.0).  Written while listening to araabMUZIK on Beats.