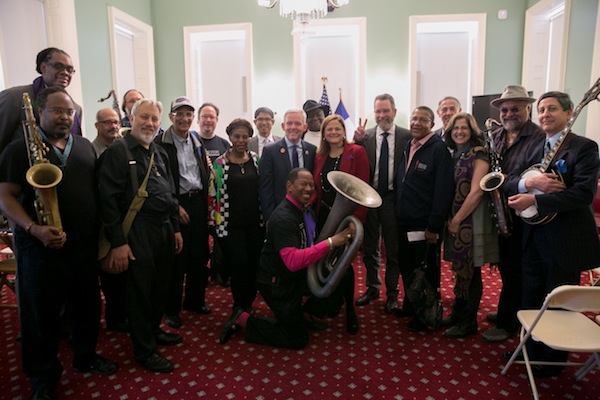 Justice for Jazz Artists is a campaign that is attempting to use collective bargaining to bring benefits to musicians who regularly work in New York City jazz clubs. One of the campaigns biggest goals is to bring retirement benefits to these musicians.

The New York City Council has just passed Resolution 207 A, which expresses support for the Justice for Jazz Artists campaign.

The resolution is a symbolic gesture, and doesn’t bring about any legal changes. It calls on jazz clubs to address pensions and other work-related issues for musicians. So far, these jazz clubs have refused to negotiate.According to the New York Times, the Local 802 of the American Federation of Musicians argues that clubs like Birdland, the Blue Note, Dizzy’s Club Coca-Cola, Iridium, the Village Vanguard, and Jazz Standard promised to pay pension benefits in 2006 in exchange for a sales-tax break, but have not paid the benefits.