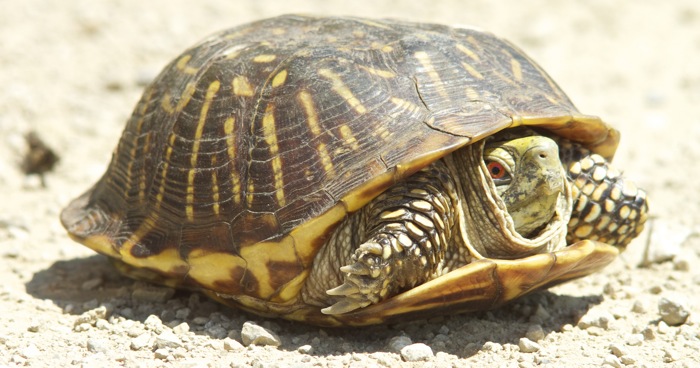 In this guest post, entertainment attorney Steve Gordon argues that Judge Gutierrez’s decision in the Turtles case against Sirius XM could substantially change radio as we know it, and could also end up giving momentum to change federal law, i.e, the RESPECT Act.  Gordon is the author of The Future of the Music Business.

A recent spate of lawsuits has raised the issue of whether Pandora’s Internet radio service and Sirius XM’s satellite service have the right to play sound recordings produced prior to February 15, 1972, without permission from and without paying the owners of the copyrights in those recordings or the artists performing in those recordings. Pre-1972 recordings include some of the most commercially successful records of all time including those featuring the Beatles, Rolling Stones, Elvis and Sinatra as well some of the greatest Motown recordings by artists such as the Dianna Ross and the Supremes, the Temptations and many others.

Pre-1972 recordings account for about 5 percent of plays at Pandora and 15 percent at Sirius XM.  So this is an important issue for both Pandora and Sirius.

But a federal trial court decision in one of these cases, i.e., Flo & Eddie Inc. v. Sirius XM Radio Inc., et al. (Sept 22, 2014)), has even broader implications and potential impact than whether these digital streaming services have to pay for pre-1972 recordings.

There are at the current time six cases questioning Sirius XM or Pandora’s position that they do not have to ask for permission or pay for pre-1972 recordings.  There are now four lawsuits brought by Flo and Eddie Inc., a corporation created in 1971 that is owned and exclusively controlled by Howard Kaylan and Mark Volman, two of the founding members of the music group “The Turtles.”

All these suits raise the issue of whether digital music services must ask permission to play pre-1972 recordings.

(SoundExchange has also brought a separate suit against Sirius XM, but the issue in that case is not whether Sirius XM can deduct monies for pre-1972 sound recordings but how much they should be allowed to deduct).

The issue presented in these six cases is immensely important because it has implications that go far beyond just whether Pandora and Sirius XM should be paying for pre-1972 records. The reason is that the state law statutes and most of the case law applying to sound recordings pre-date the digital era.  For instance, in both Capitol and Flo and Eddie’s case against Sirius XM in California, the plaintiffs argue that a 1982 amendment to California’s Civil Code provides statutory protection for pre-1972 recordings.  Therefore, if this statute is found to protect digital public performances of sound recordings, they would necessarily protect all public performances of sound recordings.

And such a finding would implicate many other businesses at which sound recordings are publicly performed, including not only terrestrial radio, broadcast TV and cable, but also any other physical place such as every bar restaurant and nightclub in the United States as well as any other physical venue that plays music publicly (amusement parks, bowling alleys and stadiums for instance).

Indeed, if a court were to rule in favor of the record business in these cases, that decision could radically change the landscape of music licensing in the United States.

But that’s exactly what Judge Gutierrez decided in Flow and Eddie’s lawsuit against Sirius XM in California. The judge declared:

Code §980(a)(2). Accordingly, the Court GRANTS summary judgment on copyright.

It’s clear that, if upheld, this decision would mean that both Pandora and Sirius would have to seek permission and pay for pre-1972 recordings. But would nightclubs, bars, restaurants as well as radio stations have to seek permission to play and pay performance royalties for pre-1972 records? On its face, it does. The judge based his ruling on the wording of the statute which reads in relevant part:

“The Court finds that copyright ownership of a sound recording under § 980(a)(2) includes the exclusive right to publicly perform that recording. See Cal. Civ. infringement in violation of §980(a)(2) in favor of Flo & Eddie.”

“The author of an original work of authorship consisting of a sound recording initially fixed prior to February 15, 1972, has an exclusive ownership therein until February 15, 2047, as against all persons except one who independently makes or duplicates another sound recording that does not directly or indirectly recapture the actual sounds fixed in such prior recording, but consists entirely of an independent fixation of other sounds, even though such sounds imitate or simulate the sounds contained in the prior sound recording.”

Cal. Civ. Code § 980(a)(2). Judge Gutierrez emphasized that there is nothing in the statutory language what would preclude performance rights in pre-1972 sound recordings. He wrote in relevant part:

“…the Court infers that the legislature did not intend to further limit ownership rights, otherwise it would have indicated that intent explicitly.”

“that copyright ownership of a sound recording under § 980(a)(2) includes the exclusive right to publicly perform that recording.”

This interpretation of California law would make the exclusive right of public performance in sound recordings apply to any public performance of a pre-1972 recording whether on a digital service or otherwise, including performances in terrestrial radio or television broadcasts, nightclubs, restaurants, bars and any other public places. In other words, they would all have to seek permission from the copyright owner of each pre-1972 recording – usually the record company. (Unlike the Turtles, most commercially successful artists do not retain rights in their records). And the owners of such recordings could charge any amount they wished, or deny permission altogether.

On October 6th, Sirius XM announced that it will appeal Judge Gutierrez’s ruling.  In the meantime, all the other lawsuits against Pandora and Sirius are ongoing.

In May 2014, proposed legislation favored by the major labels titled “Respecting Senior Performers as Essential Cultural Treasures” or the RESPECT Act, was introduced into the House of Representatives. The bill proposes an amendment to the federal copyright law that would specifically require non-interactive digital radio services to pay royalties for pre-1972 recordings “in the same manner as they pay royalties for sound recordings protected by federal copyright that are fixed after such date.”

The Act would also provide a remedy under which performance royalties for the transmission of such recordings may be recovered in a civil action in federal court if a digital music service failed to make such payments. But it would prohibit an infringement action against a transmitting entity from being brought under a state law if the appropriate royalty was paid under this Act, thus prohibiting lawsuits such as the current ones against Sirius XM and Pandora.

If Judge Gutierrez’s decision is upheld on appeal, it is possible to imagine a plethora of lawsuits against radio and TV stations subject to California law, as well as bars, restaurants and other venues for playing pre-1972 sound recordings without permission. For this reason, followers of “judicial realism” may reasonably speculate that the Ninth Circuit will find a way to disagree with the district court’s statutory construction.

On the other hand, the decision may prompt Sirius XM and Pandora not to oppose the RESPECT ACT because if the RESPECT Act is passed, the need for any lawsuits against Pandora and Sirius would be eliminated. And since the RESPECT Act states that digital services would pay royalties for pre-1972 recordings “in the same manner” as they pay royalties for later recordings, SoundExchange would receive those monies and this would mean that 50 percent would go directly to the artists. And that would be a good thing.

Steve Gordon would like to thank his associate, Anjana Puri, and law intern, Teronse Miller II, for their research assistance.