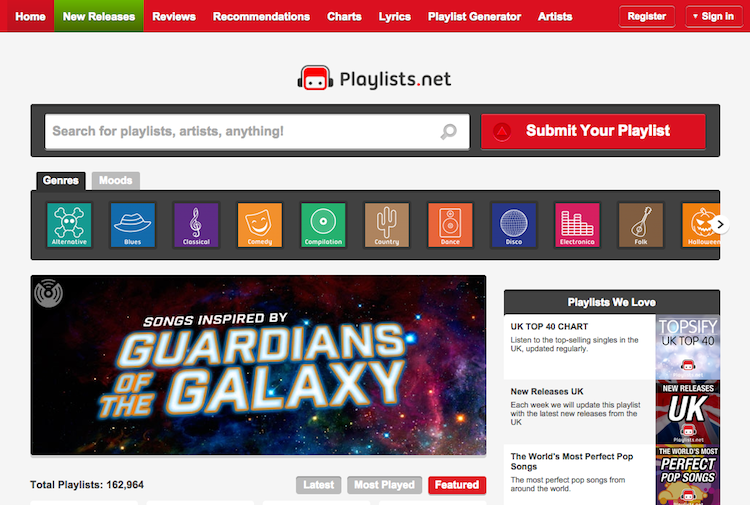 WEA (a division of Warner Music Group) has acquired Playlists.net, a site that curates and aggregates Spotify playlists. Financial terms of the deal have not been disclosed.

CrunchBase says that up until now, Playlists.net had raised a total of £600,000 ($765,000) in funding. The site claims to have 1.5 million users per month.Playlists.net will continue to operate as a seperate company based in England. The company’s founder Kieron Donoghue says:

“We were approached by WEA earlier in the year to discuss ways in which we could collaborate and it became apparent that there was much to be gained by us joining forces. What’s really exciting is that WEA have committed to support Playlists.net as an independent platform, invest in its future and grow the team to take advantage of new opportunities in the streaming ecosystem. There is a huge appetite in WEA to further embrace streaming, develop new concepts and really innovate in this growing sector”.

Warner has a lot of money to gain if they can increase their catalogue’s Spotify streams, which is likely one of the reasons for the deal.