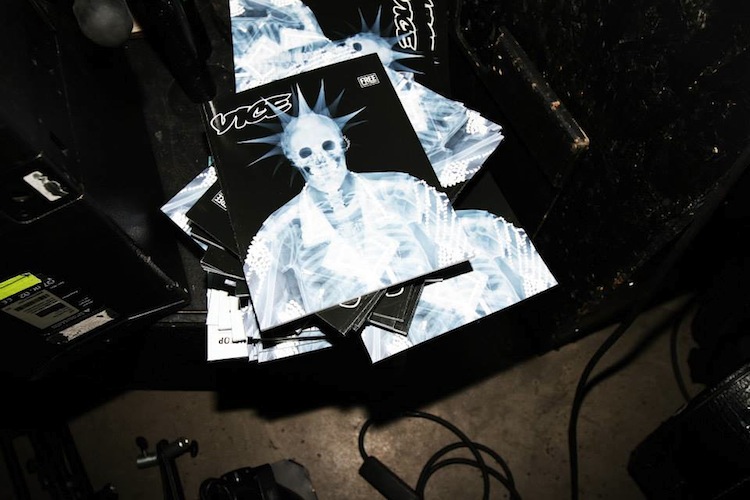 A number of independent music venues near 2nd Street and Kent Avenue in Brooklyn are shutting down. Most recently, Glasslands announced that they would close down at the end of 2014. Death By Audio is shutting down next month.  285 Kent shut down towards the beginning of the year.

These venues faced a number of difficulties, both obvious and not-so-obvious. This includes rising lease prices, unwilling landlords, and in the case of Death By Audio and Glasslands — Vice Media.

Vice Media signed a lease for property surrounding these venues during the summer, and they’ll eventually move into the entire 75,000 square foot warehouse space.

Both Gawker and Billboard say they have sources that directly tie Vice Media to the closure of Death By Audio and Glasslands, who have declined comment. Indie theater indieScreen has also been displaced.  The writing is on the wall, but other media outlets are saying they’re “unsure” of Vice’s involvement in venue closures.285 Kent’s Ric Leichtung told Gawker:

“The landlord’s been waiting for a pay day like this for years. The landlord’s made little headway on bringing the building up to code to host legitimate businesses, opting for these really short term 2 or 3-year commercial leases to illegal loft spaces and quasi-legal establishments like 285 Kent so that the landlord could easily kick them out or wait for their leases to expire and cash in when they found a buyer. Current tenants are still discreet because they’re still under that landlord’s roof, but really the writing’s been on the wall for a while.”

This is what Vice had to say about the matter to Billboard:

“Brooklyn is our home and we’re already hard at work developing a freaky, space-age utopia that will give today’s creative visionaries a place to produce astonishing stories and leave their indelible thumbprint on the annals of history.”

In September, the Commercial Observer published a story on Vice’s new lease.  They interviewed Drew Conner, who brokered the deal. The article says the property owners had to agree to terminate existing leases, empty their properties, and create a space big enough for Vice.

Conner said: “It would be one thing if all of those … traditional Williamsburg tenants were being replaced by JP Morgan’s digital media group,… But that wasn’t the case. It’s Vice.”