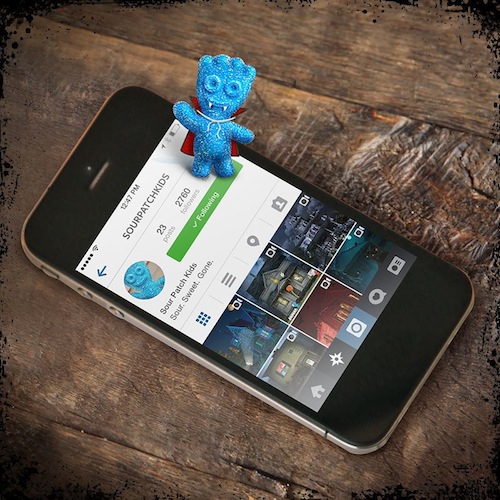 Providing support to indie musicians can be a really great marketing tool for brands. Take Taco Bell’s Feed the Beat program, which chooses a yearly roster of artists and gives them free food on tour, exposure, and performance opportunities, “no strings attached”.

The current Feed the Beat roster is made up of many rising artists who are still in the early stages of their careers, such as Wet, The Bots, and Kitty. Feed the Beat also has a huge SXSW presence at events like Hype Machine’s week-long party.

The approach is working for Taco Bell, and another major food brand is adopting a similar strategy.

AdAge reports that Sour Patch Kids is opening a four bedroom house in Brooklyn where touring artists can stay. They’re also working on a second house in Austin for SXSW 2015.

The catch? Artists have to produce a predetermined amount of content for the brand.Sour Patch Marketing Director Farrah Bezner says the brand wants to “contribute” and “you have to break culture to make culture”. In reality this is a way to generate content from mid-level buzz bands in order to reach teenagers, which Bezner says is their target demographic.

Sour Patch has booked the house through the end of the year. Tame Impala and Deer Tick are a couple of the bands that will be staying. These bands have to provide content for Sour Patch’s Tumblr, Facebook, Twitter, and Instagram.

The brand has a sliding scale of content requirements — the longer the stay the more elaborate the content.  One day stays will cost a band a few social media posts.  Longer stays will require camera crews and engineers, provided by Sour Patch.  Deer Tick is staying at the house for a week and will be creating videos for the brand.

The NUE Agency is handling the campaign and Participation Agency handled the house’s design and “experiences”. NUE Agency founder Jesse Kirshbaum says they wanted this to be a “very grassroots thing”, but there is nothing grassroots about this. NUE will curate a list artists who are (in their own words) “making their way to stardom”.