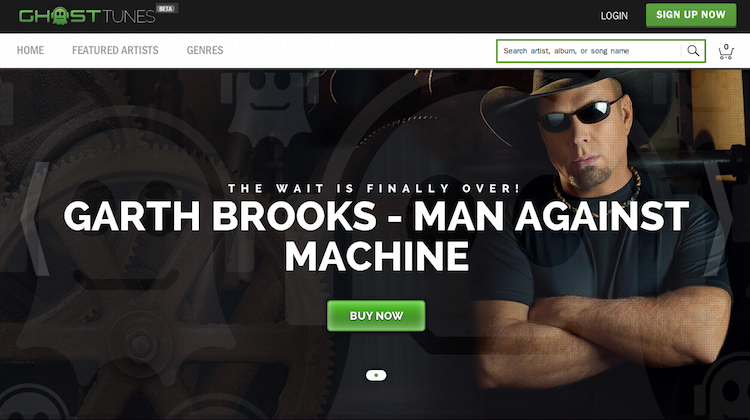 In September, news of Garth Brooks’ new digital music store, GhostTunes, emerged. Brooks isn’t a fan of existing digital music stores, such as iTunes, so he launched his own store to release his music digitally for the first time.

GhostTunes has officially launched, coinciding with the release of Brooks’ new album Man Against Machine. Fans can also buy Brooks’ nine album back-catalogue for about $30.Billboard says that GhostTunes pays back 80 percent of revenue on sales, as opposed to the 70 percent that other services pay out. The digital store has licensing deals with Universal, Sony, Warner, The Orchard, and others. They say a large selection of independent music will come later this year. New albums from Tricia Yearwood, Taylor Swift, Calvin Harris, and many others are available on GhostTunes.

GhostTunes’ Garth Brooks-centered launch isn’t going entirely as planned. Many fans have taken to the internet, complaining that when they download Brooks’ new album they get an empty .ZIP file. Others say the only solution is to download the album tracks one by one. 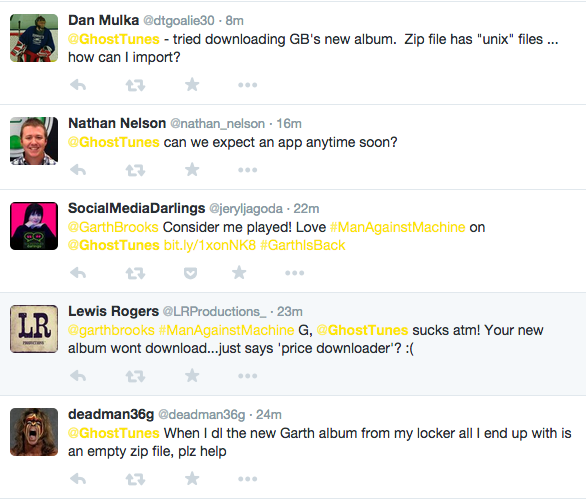