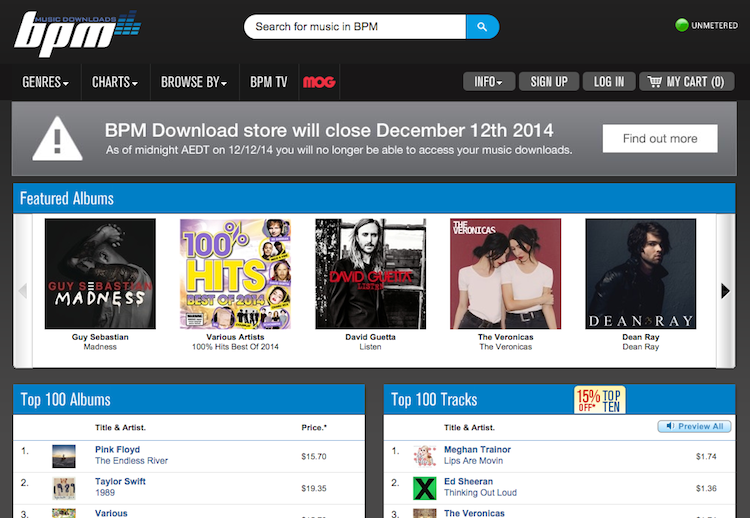 Australian music download service BigPond Music has announced that they’ll be shutting down on December 12th, 2014.

Existing customers will not be able to access their accounts after this date.

Billboard says BigPond was “once the biggest of its kind in Australia,” but now they barely have 5,000 combined Facebook and Twitter followers. Their shutdown announcement only received one retweet.

BigPond has been around since 2004 and has a catalogue of 20 million songs. The service is closely associated with MOG. Telstra, BigPond’s parent company, says MOG will stay open.

MOG was acquired and sucked into Beats Music in the United States, but is available to customers in Australia.